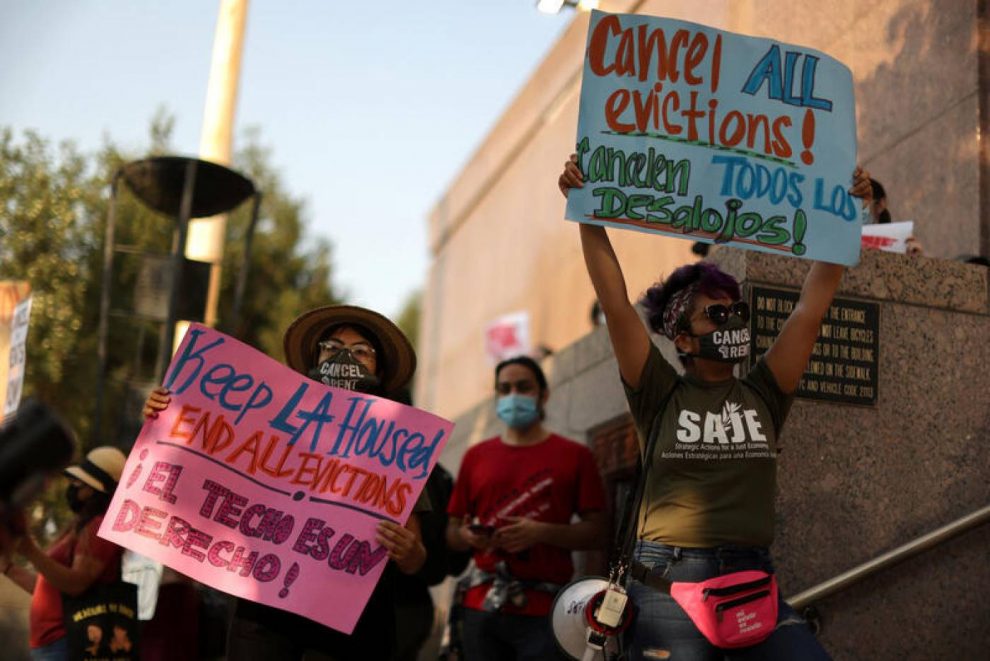 NEW YORK: Coronavirus, racial tensions and climate disasters have combined to worsen already deep housing inequalities, with far more Black and Hispanic Americans falling behind in rents and mortgages than their white counterparts, a key report said on Thursday.

More Black and Hispanic workers than white workers have lost their jobs, creating a growing inability to make their housing payments and exacerbating an already severely unequal system, it said.

“The big picture takeaway is that the pandemic really amplified the existing housing affordability crisis that was occurring for many households around the country,” said Dan McCue, a JCHS senior research associate who led the study.

“It hit hardest the families that were already struggling,” he told the Thomson Reuters Foundation.

Also, while 7% of white homeowners were behind on mortgage payments in September, the rate was more than twice as high among Hispanic and Black homeowners, who were 18% and 17% behind, respectively, it said.

“We’ve gotten little headway in the persistent issues of affordability and the legacy of discrimination,” said McCue.

Researchers also found white-collar workers whose incomes and livelihoods were not upended by the pandemic helped drive gains in the housing market, as did low mortgage rates.

Existing home sales were up 21% in September from the year prior, and mortgage refinances in the first half of 2020 were more than triple the number in the same period in 2019.

Single family homebuilding starts in September were up 22% from the year prior, the strongest month in more than 13 years, the research said.

“Those households who were less likely to be affected by income loss and job loss were really kind of driving the market for home ownership through the year,” McCue said.

McCue warned that the housing industry faces threats from the growing impact of climate change.

As of September, 16 disasters causing a billion dollars or more in damages occurred, according to the U.S. National Oceanic and Atmospheric Administration, tied with the full-year totals in 2011 and 2017.

Total damages neared $50 billion as of September, surpassing the total for 2019, the study said.