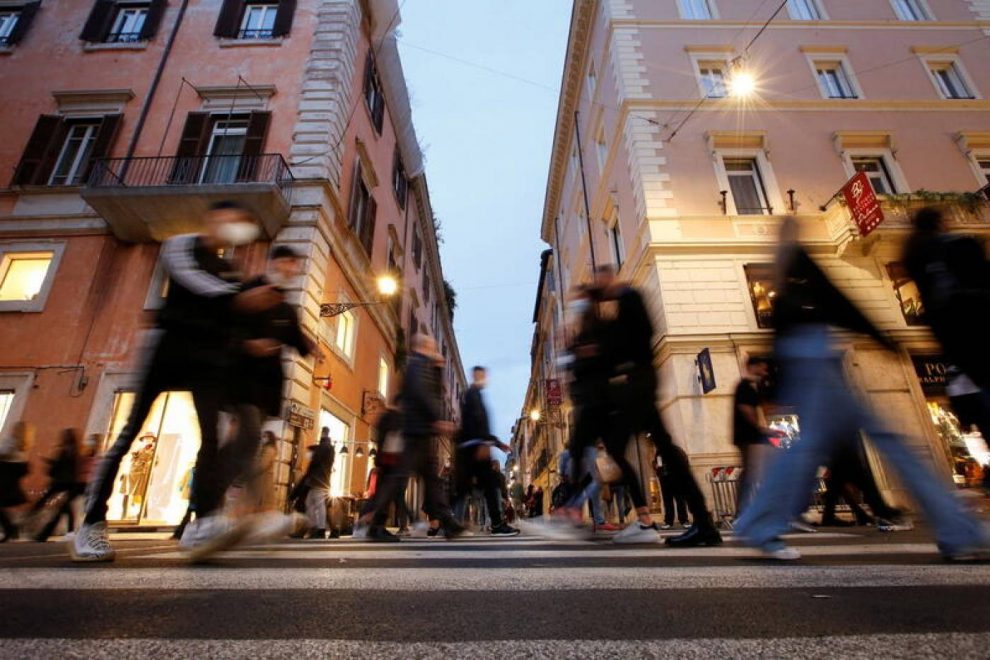 LISBON: Many European countries avoid breaking down data along racial or ethnic lines out of concern over privacy or discrimination, but COVID-19’s outsized impact on Black and Asian people has exposed flaws in the approach, some scientists and activists said.

They want more comprehensive data collection across the continent to improve understanding about how and why COVID-19 affects different communities, and thereby help countries tailor testing and care to better protect them.

There is no easy fix. Even in Britain, where more detailed data on race and ethnicity is available, there is debate over the root causes of higher infections among certain groups.

The conditions people live and work in explain most of the disproportionate impact, studies show. Whether minority communities trust hospital staff to treat them fairly, or have equal access to healthcare, could also play a role.

A recent survey by ClearView in the United Kingdom, for example, showed that 60% of Black people did not feel their health was equally protected by the National Health Service as white people’s.

The U.N. High Commissioner for Human Rights, Michelle Bachelet, said earlier this year that fuller data in countries including Brazil, Britain and the United States served an important purpose.

“The data tells us of a devastating impact from COVID-19 on people of African descent, as well as ethnic minorities in some countries,” she said.

“In many other places, we expect similar patterns are occurring, but we are unable to say for sure, given that data by race and ethnicity is simply not being collected or reported.”

Spurred by both the pandemic and Black Lives Matter protests, the European Union vowed in September to look into the obstacles to harmonising data collection across Europe.

It said it wanted to understand “structural aspects of racism and discrimination”, and a roundtable on the issue is planned for the end of 2021, the European Commission told Reuters.

Some rights groups and researchers who have been calling for more comprehensive data for decades were sceptical that the move would be enough to make a major difference.

Disaggregating data to reveal patterns among subgroups of the population can be used to address inequality.

In the United States, ethnicity data allowed authorities to identify that rates of HIV/AIDS were growing significantly faster among African Americans and Hispanics than the general population, prompting the development of targeted programmes to reduce infection in these groups.

This April, the U.S. Centers for Disease Control and Prevention began collating data from states for a weekly tracker on COVID-19 infections and deaths by race.

But most countries in Europe have been less willing to record the racial makeup of their societies, sticking to a “colour-blind” model of assimilation of immigrants.

A history of state persecution in Nazi Germany and beyond has left some groups like the Roma reluctant to have their ethnicity recorded.

Instead, authorities use proxies such as the birthplace of parents, language, or religion.

In Germany, a study on the extent to which migration background affects people’s search for work, accommodation, and their treatment by businesses, local councils and the police is currently being debated.

In the absence of comprehensive data, agencies like the European Union Agency for Fundamental Rights (FRA) and research institutes like INED in France have conducted smaller studies to outline racial inequalities before and during the pandemic.

FRA conducted a survey of 6,000 Black people in 12 member states in 2019 showing that Black people in the European Union are three times as likely as their white counterparts to live in overcrowded housing, with 55% at or below the poverty threshold.

U.S. and British studies have shown that such conditions can exacerbate vulnerability to the coronavirus.

In France, government spokeswoman Sibeth Ndiaye called for the debate on ethnicity data to be revisited, but was rebuffed by the president’s office.

In July, however, the National Institute of Statistics and Economic Studies (INSEE) did publish the country of birth of coronavirus victims in March and April.

Mortality for those born in sub-Saharan Africa increased 114% in 2020 compared with 22% for French-born residents, the data showed.

But what is needed, some researchers argue, is to know whether people of colour are more likely to die once infected – both migrants, and French non-whites.

“Your likelihood of becoming infected is related to how you live,” Patrick Simon of INED said.

“But the real question is, what happens when you’re sick? Are you taken seriously in healthcare services? Are you treated well? Do you wait longer? And is there a link to race?”

FROM DATA TO ACTION?

In Britain, where ethnicity data collection has been in place for several decades, there is debate over how to respond to studies showing that poverty or overcrowded housing among ethnic minorities is largely to blame for higher coronavirus infection rates.

Equality think-tank the Runnymede Trust and research institute IPPR reported in October that 58,000 more people would have died in the first wave of the coronavirus in Britain if the white population had faced the same risk as Black communities.

But Raghib Ali, a government adviser on coronavirus and ethnicity, argued that ethnicity was a proxy for other forms of risk and did not merit classification as a separate risk factor.

A report by Public Health England (PHE) in June suggested that people from Black, Asian and minority ethnic backgrounds may be less likely to seek care because of racism.

But Ali said in October there was no evidence that minorities were treated differently in hospital.

“They didn’t present any objective evidence,” Ali said of the PHE report. “I don’t think structural racism is a reasonable explanation.”

“We know racism limits people’s access to services – from health, to housing,” she told Reuters.

“Unions have told us minorities are less likely to challenge their bosses over still going to work during the pandemic. They’re often more hesitant to access the health system for fear of not being treated well.”

In France, too, advocates say the response to INSEE’s data and lessons from Britain show that even with data available, the battle is proving that disproportionate socioeconomic disadvantage is in part caused by racial discrimination.

“Of course, they are dying because they are poor,” said Stephanie Mulot, a sociologist researching racial inequalities in France.

“But why are they so likely to be poor? It is accumulated discrimination – in access to a comfortable home, to healthcare, to employment. This is what we want to prove.”