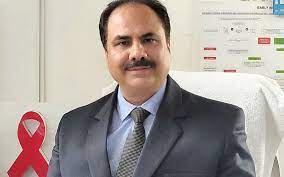 SRINAGAR: Director of Health Services, Kashmir, Dr Mushtaq Ahmad on Saturday said the Out-Patient Department (OPDs) and In-Patient Department (IPDs) will continue to function normally, saying that the decision about the suspension of these facilities will only be taken once 50 per cent beds are occupied in the hospitals.

He said that both Covid and non-Covid activities at the hospitals across Kashmir will function normally.

Addressing a presser, Director of Health, as per the news agency—Kashmir News Observer (KNO), said that there is confusion among the masses that a direction has been issued by the government with regard to the suspension of OPDs and IPDs at the hospitals.

“However, I want to make it clear that there is no such order from the government; rather, it is confusing due to the minutes of the meetings. But, the fact is we have already approached the higher ups in this regard and have sought continuous functioning of the OPDs, IPDs and the conduct of surgeries as well,” he said, adding that the facilities will continue to function normally until the 50 per cent beds are occupied at the hospitals.

Meanwhile, he said that as the third Covid-19 wave has started, most of the cases would remain in home isolation only as mainly the infected cases are either asymptomatic or mild infectious.

He said that as per the directions of the Additional Chief Secretary Health and Medical Education, Vivek Bhardwaj, he has come forward to make people aware of the fact that most cases at present are either asymptomatic or having mild symptoms, thus will go in home-isolation mostly.

“This wave as per the experts would remain mild to moderate only,” he said, adding that all the arrangements have been put in place to tackle the emerging situation.

The infected persons have to take care of six Ms while in home-isolation, which include Mixing, Monitoring, Medicines, Meals, Mindset and Activity and Movement towards hospital, he said, adding that the persons who are tested positive should follow these protocols till next eight days to ensure that the Covid is prevented from spreading—(KNO)