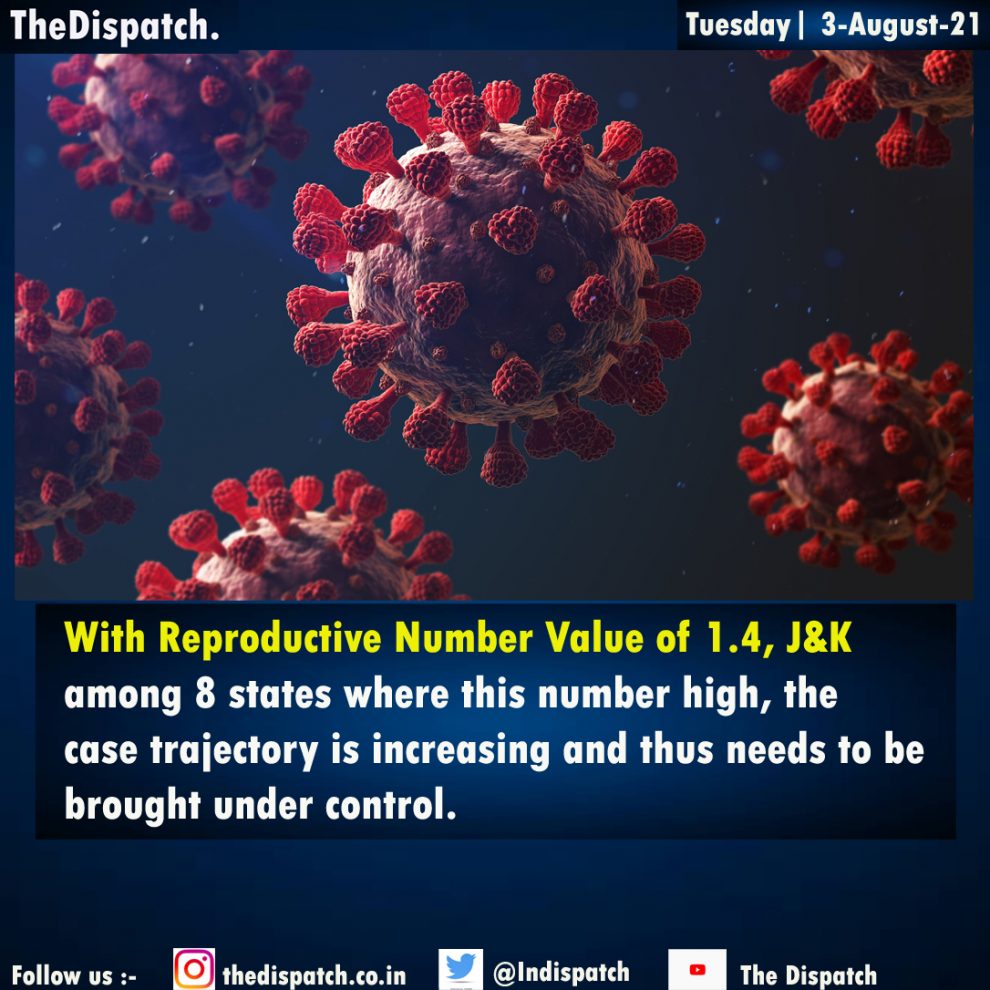 Jammu:  The Union ministry of health and family welfare (MoHFW) warned on Tuesday there are eight states including Jammu and Kashmir, where value of Reproductive Number for the coronavirus disease (Covid-19) exceeds 1, adding that the worry is not just the high value of the number but also its rising trend.

Among these, the number is at its highest in Himachal Pradesh and J&K, where it is at 1.4 for each, followed by 1.3 in Lakshadweep.

It is at 1.2 in Tamil Nadu, Mizoram and Karnataka, while the corresponding figure for both Puducherry in Kerala is 1.1. Additionally, nine states have a Reproductive Number value at exactly 1: Delhi, Maharashtra, West Bengal, Andhra Pradesh, Haryana, Goa, Jharkhand, Nagaland and Meghalaya.

“Whenever this number is at more than one, this means that the case trajectory is increasing and thus needs to be brought under control,” Lav Agarwal, a joint secretary in the Union health ministry, said at a press briefing on current Covid-19 situation in the country. Agarwal also pointed that, at 1.2, the average figure is same for the United States, Canada, Australia and India. Few days back, India’s Reproductive Number was at 0.88, he said.

Reproductive Number, which is also known as R-factor or R-value, is the reproductive rate of a virus, in this case SARS-CoV-2. It denotes the speed at which the infection is spreading, or, as Agarwal explained, the number of people to whom the virus was passed by an individual at the time he/she was infected with it. An R-value of more than 1 means an infected individual further infected more than one individual.

Cop among two injured in Khanyar attack
PM to invite Olympic contingent to Red Fort on Aug 15, also to interact with them at his residence
Comment