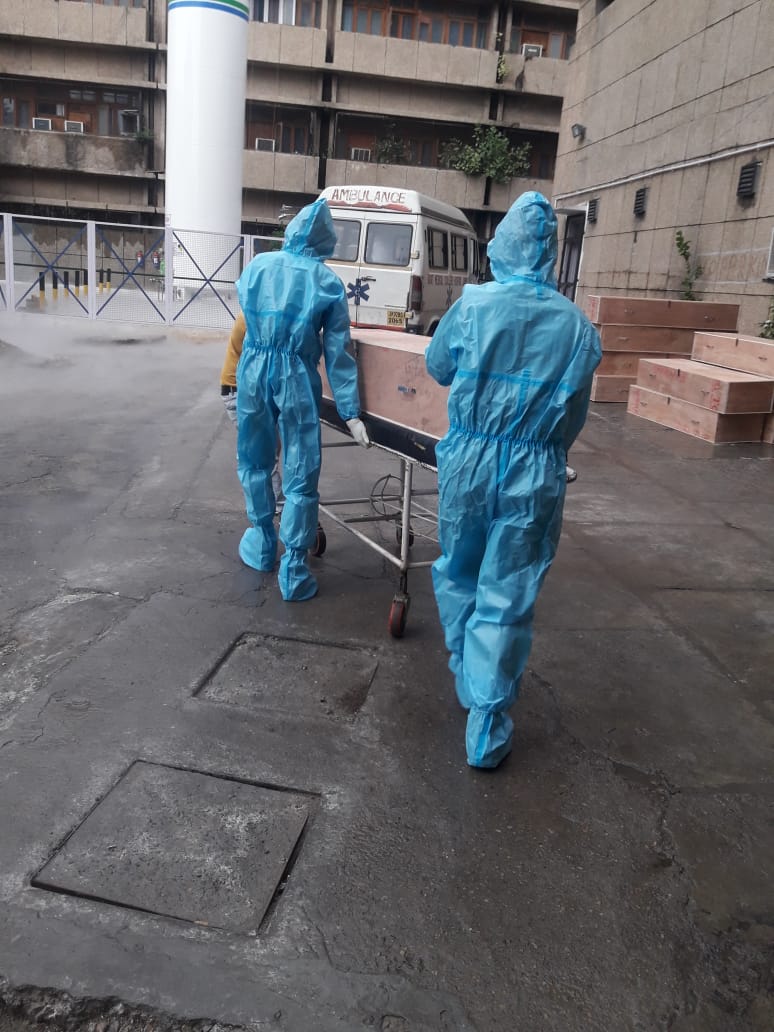 Jammu: Round the clock (24×7), they are on their toes to assist and help the COVID patients arriving at various government run hospitals for the treatment across the Union Territory of Jammu and Kashmir.

Standing tall, Jammu and Kashmir State Disaster Response Force (SDRF) men, risking their lives to save many, for the past more than two months, have been assisting the administration shoulder to shoulder in fight against the COVID pandemic but these silent workers, still remained the ‘unsung heroes’.

“The SDRF teams are deployed at various government hospitals across the Union Territory of Jammu and Kashmir to help COVID patients and their attendants,” sources in J&K Civil Defence, Home Guard and SDRF (a sister concern of J&K Police) here said.

“The teams are also being issued N95 Masks, PPE Kits, hand sanitizers, a set of two gloves, surgical masks before deployment,” they said, adding that isolation buildings have also been created at the Battalion Headquarters where the teams have to report after scheduled duties.

“The teams are coordinating with the Deputy Commissioner offices across the UT,” sources said.

They asserted that likewise doctors, nurses, para-medical staff, SDRF men are also acting as ‘Frontline Workers’, who have been working selflessly to save humans and humanity.

“It is not only a matter of duty but at this time when COVID is spreading like a wildfire, the boys are on the front foot in fight against pandemic and serving the society,” said the SDRF officer adding that they are also shifting the dead bodies to mortuaries from wards, in ambulances without caring about themselves.

He said that a small appreciation sometimes does wonders, adding, “a word of appreciation or a pat from the administration doubles the efficiency but the SDRF/Civil Defence men still remain the ‘Unsung Heroes’ because nobody mentions them like special attention is being paid to other frontline workers.”

Official sources however, said, “so far in the past two months, 13 SDRF men were tested positive for COVID-19 infection and some remained in home isolation but others at a specially dedicated isolation centre at the headquarter.