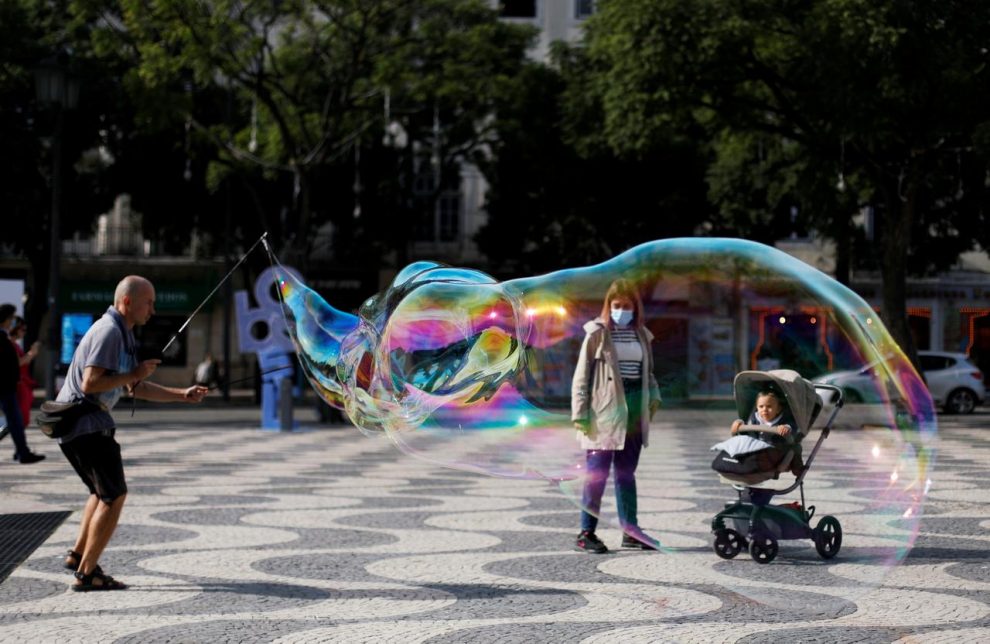 LISBON/ROME: “It’s time to become a mum,” was the push-notification hundreds of Portuguese women received on their cell phones last month.

The text, sent by a private hospital in Lisbon trying to drum up clients for its maternity unit, caused outrage on social media, with some women saying that the middle of a pandemic and recession is the worst possible time to have a baby.

Evidence suggests the coronavirus is deterring would-be parents from conceiving in most of Europe, but especially in the southern countries – from Italy to Greece – where safety nets are weakest and the birth rate was already in strong decline.

As well as the emotional challenges now for couples wanting children, in the long run there will also be economic challenges for countries that could face years of struggle to pull themselves out of the mire.

Fewer births means fewer and older workers. This will eventually be a drag on economic output and a strain on public pension schemes and welfare states, widening the gap between the richer north of Europe and the poorer south.

“You see stories in the media and elsewhere about people making the most of the lockdown to make babies, but that is the opposite of rational behaviour,” says Vanessa Cunha, a specialist in fertility, gender and family issues at University of Lisbon’s ICS.

“The pandemic will have a big negative impact.”

Irene Pontarelli, a 35-year-old psychiatric rehabilitation therapist, had planned to have her first child this year after seven years of marriage.

After two years working in the northern Italian city of Ferrara, some 550 km (340 miles) from her husband Tony, she finally found a job in her native town of Isernia, in the south, and it seemed a perfect time to start a family.

Then the coronavirus hit. She was unable to see Tony at all between March and July because of the lockdown, and says she is now too stressed to have a child.

“Our hospitals are close to collapse, especially in the south. I see myself in a maternity ward, alone, in a health system that doesn’t work properly. It doesn’t feel the right moment to bring a new baby into the world,” she said.

Maria Vicario, president of Italy’s National Order of Midwives, said she expected the crisis to have a “clear impact” on births next year.

“Women in Italy have children when they feel secure from a work, economic and health point of view. All that has been disrupted by the pandemic,” she said.

The Lazio region around Rome has seen still births triple this year because pregnant women are scared to go to hospital for checkups, she added.

At the other end of the continent in Sweden, with its generous and efficient welfare state, Eva Nordlund, president of the Swedish Association of Midwives, said the opposite seemed to be happening. “There are pregnancy care centres that struggle with registrations due to so many new pregnancies,” she said.

In Germany, Europe’s largest economy, the fertility rate before the pandemic was around the EU average of 1.5 births per woman. France, Sweden and Denmark lead the bloc with rates above 1.7. At the other end, Italy and Spain are below 1.3.

A study of Europe’s five largest countries during the first wave of the coronavirus in March and April, showed over two thirds of people under the age of 34 planned to scrap or postpone having a baby due to the pandemic.

Respondents were far more prone to cancel their plans for a family in Italy and Spain than in Britain, France and Germany, according to the research led by Milan’s Cattolica University.

Rui Pires, a sociologist at the Lisbon University Institute, said the key factors behind falling birth rates were gender inequality and a lack of state support for bringing up children. In both areas, southern Europe lags the north, he said, adding that “inequalities have become more evident due to the pandemic”.

Italy and Spain, more than the other countries in the spring study, are still suffering the consequences of the double-dip recession caused by the financial and debt crises between 2008 and 2012.

As in Portugal and Greece, young people of child-bearing age were hit hardest by the recessions. Thousands moved abroad and those who remained struggle with weak earning prospects, high unemployment and a lack of childcare facilities.

“The situation was already desperate and now the pandemic threatens to wipe out any residual hopes of salvation,” he said.

Gian Carlo Blangiardo, head of official statistics bureau ISTAT, told parliament last week the coronavirus emergency and the economic hardship it has brought would accelerate the trend, forecasting 408,000 births this year and just 393,000 in 2021.

He said births could even dip under 400,000 this year because of a “substantial fall in December”, nine months after Italy’s lockdown was adopted in March.

In Spain, which has the second lowest fertility rate in Europe after tiny Malta, births were already falling fast before the coronavirus, posting a 16% drop between 2014 and 2019.

“It is pretty safe to bet on fewer births next year, possibly a steeper drop than it would have been without COVID, and the trend will probably remain in the years after,” said Alejandro Macarron, a demographer at Madrid’s CEU University.