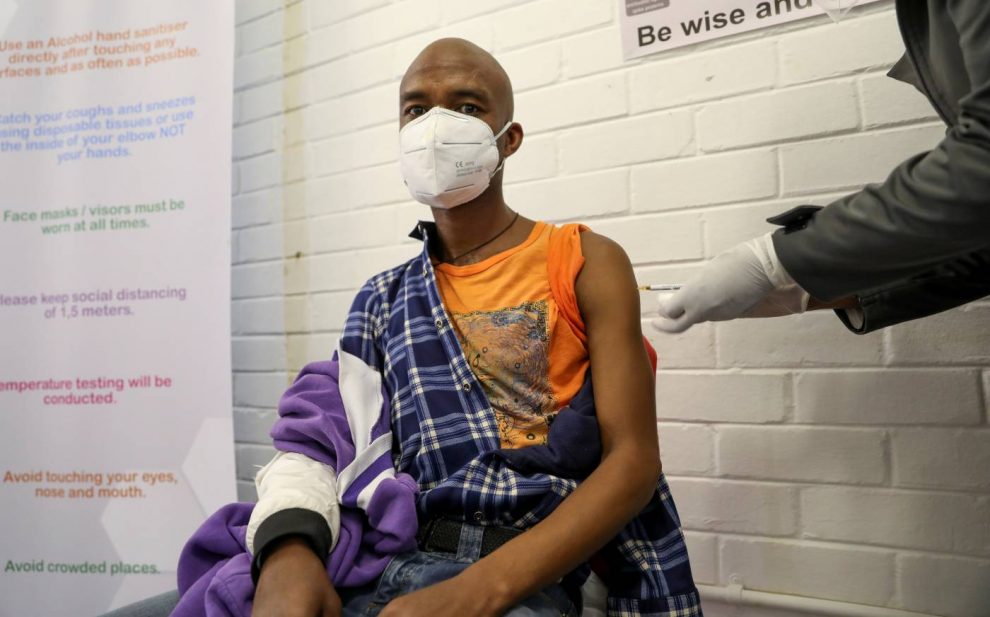 ROME/DHAKA: The start of mass vaccinations has raised hopes that COVID-19 can be beaten, but ending the pandemic hinges on tackling a plethora of “last mile” challenges – from a lack of fridges to vaccine hesitancy and fraud, according to specialists.

In order to tame a disease that has killed more than 1.6 million people and battered the global economy, billions of vaccine doses must be shipped to people in every corner of the world, including war zones and remote, poverty-stricken areas.

Accessing such regions and finding suitable cold storage for vaccines during the journey and on arrival will be a huge task.

“No one’s ever done this before. It’s not about trying to vaccinate all the children, all the pregnant women. It’s about saying we’ve got to vaccinate everybody,” said Toby Peters, professor of Cold Economy at the University of Birmingham.

“And until we do it, the economy will not restart,” said Peters, a global expert on cold chains – storage and transport facilities that maintain the safety and quality of perishable goods like food and medicine.

Among the three vaccines for which efficacy results have been announced, those from Pfizer/BioNTech and Moderna need to be kept at temperatures far below normal fridges, which would complicate their distribution in poor nations.

The sheer scale of the inoculation campaign will also magnify the “last mile” challenges, experts said, noting even smaller immunisation programmes struggled to meet their goals.

Since 2000, the GAVI vaccine alliance has vaccinated more than 760 million children, but achieving COVID-19 herd immunity would mean vaccinating up to 5.5 billion people, Ben Hartley, from the U.N.-backed initiative Sustainable Energy for All, told a recent webinar.

As of last year, 85 countries had failed to reach a 90% target rate for diphtheria, tetanus and pertussis vaccinations, Hartley said, adding that a global COVID-19 campaign would need “concerted efforts” from all stakeholders.

Shahrzad Yavari, who works for a technology non-profit that produces a wireless solution to monitor temperatures in vaccine fridges in rural clinics, said the “last mile” would not only be an issue in areas that lie far from urban centres.

“It’s the under-reached and under-served communities that could very well be in urban settings, or in countries in conflict,” said Yavari, director at Nexleaf Analytics.

The need for travel permits and frequent power cuts or a lack of electricity can make access to vaccines in conflict zones especially tricky, she said.

To tackle such challenges, researchers are trying to design a sustainable cold chain system for mass immunisation, using Bangladesh, a low-lying, disaster-prone nation, as a case-study.

The South Asian nation has a thriving pharmaceutical and vaccine industry, but most of its 160 million people live in rural areas without reliable cooling infrastructure.

The first draft of a strategy, which could be applied to other low- and middle-income countries, should be ready in early 2021, said Peters, who developed the project.

Ijaz Hossain, dean of engineering at Bangladesh University of Engineering and Technology, a project partner, said data was being collected on the number of fridges, back-up generators and medical assistants available in different towns.

The information will be fed into computer models to determine how best to distribute the vaccines as quickly as possible, he told the Thomson Reuters Foundation.

“If we need to improve refrigeration, then we will have to put up diesel-run generators, which means greenhouse emissions will increase. So we are looking into whether we can have renewable sources of energy for refrigeration,” Hossain added.

But maintaining cold chains from factory to patient is not the only challenge to overcoming COVID-19, researchers said.

Viruses mutate so if the pandemic is still raging in parts of the world, the coronavirus could change, said Andrea Taylor, assistant director at the Duke Global Health Institute.

She also pointed to a report by Northeastern University in Boston, Massachusetts, which showed unequal distribution of vaccines between rich and poor nations could cause twice as many deaths overall.

Trained professionals and tracking systems to monitor who has been vaccinated and when are also needed, partly to reduce the risk of vaccine fraud and corruption, she added.

In low-income countries, governments might turn to the black market to meet vaccination needs, potentially buying fake vaccines or vaccines that have not undergone rigorous and transparent testing and review, she said.

“And while they’re intended to be provided free of charge to everyone at the point of care, governments are very concerned that healthcare providers or other people could take the vaccines and start charging people,” she added.

Two other critical issues are vaccine hesitancy and mistrust in health authorities, particularly in conflict zones, according to Taylor, who used to work on a U.S. government project helping to rebuild mental health services in Iraq and Afghanistan.

Vaccine hesitancy has grown in recent years, and the speed of COVID-19 vaccine development has caused unease.

A survey conducted last month in Britain by polling company JL Partners found 7% of respondents said they “definitely” would not take the vaccine, while 11% said they “probably” would not.

It is also vital to protect health workers in vaccine programmes in areas affected by conflict or violence, said Martinez.

During the Ebola epidemic in Guinea from 2014 to 2016, healthcare workers trying to fight the disease were repeatedly attacked by angry mobs and villagers, dramatically affecting the medical response, she said.

Whether the need is for particular equipment or clear guidelines and procedures for administering vaccines, solutions must be long-term and involve partnerships, said Nexleaf’s Yavari.

“Make it a health system strengthening effort versus a reactive COVID-19 response,” she said.

“So many countries will be in a stronger and better place with regard to not just vaccines, but (will have) better health infrastructure in place for the last mile.”