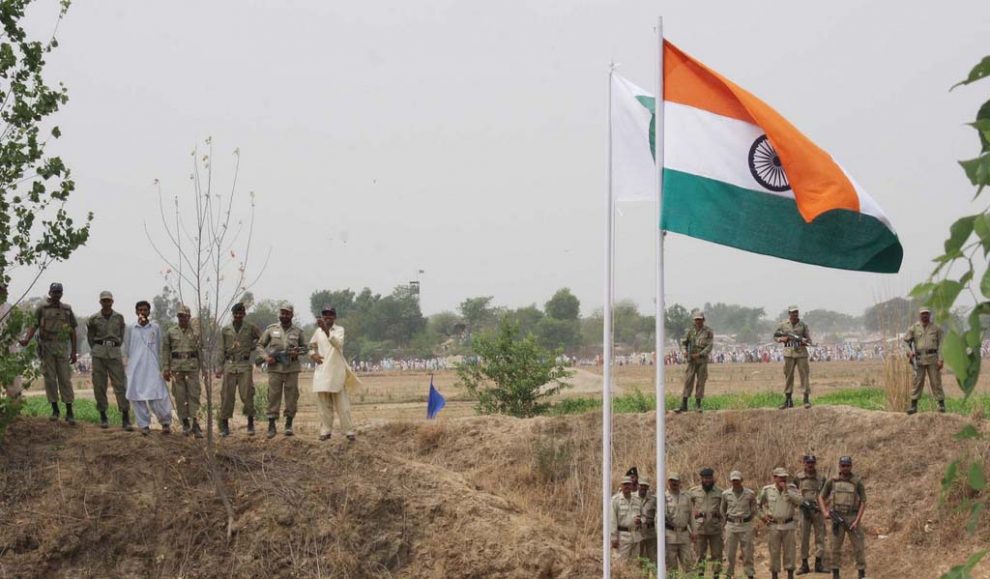 Jammu:  Although India and Pakistan have entered into the ceasefire agreement on February 25 but both countries have yet to take a call on this year’s annual Baba Chamliyal fair being organised along the International Border in Samba district of Jammu and Kashmir.

Last year also because of COVID 19, the Chamliyal fair–a symbol of Indo-Pak bonhomie was canceled and only limited devotees paid obeisance at the shrine and offered ‘chadar’ in the Ramgarh sector of Samba district.

Chamliyal Mela is celebrated last Thursday in June every year.

“No official communique has been received so far from our counterparts regarding meeting at the zero-line on the occasion of upcoming Baba Chamliyal Mela,” BSF sources said.

They said that the decision on Mela on this side of the border will be taken in days during a meeting between Administration, BSF, Police, and other agencies.

“Chances are very bleak of organising the annual fair this year,” they said adding that only symbolic rituals will be performed.

The shrine of Baba Dalip Singh Manhas, a saint popularly known as Baba Chamliyal, is located in the Samba district and is thronged by lakhs of devotees during the fair.

During the Mela, Pakistan Rangers exchange sweets with BSF personnel at Zero Line while a delegation of the force offered a ‘chadar’ at the shrine, located one-and-a-half kilometres from Zero Line.

In 2018, in history for the first time, Chamliyal Mela–was canceled due to tension along the international border.

On June 13 in 2018, BSF Assistant Commandant among four jawans martyred as Pakistan fires unprovoked on IB in Ramgarh sector of Samba district following which for the first time after Independence the ‘Mela’ was canceled.

BSF troops in return hand over ‘shakkar’ (holy sugar) and sharbat (holy water) from the shrine during mela, which is believed to have healing powers to treat skin diseases.

Baba Chamliyal, after whom the village is named, lived about 322 years ago and is revered by the people of all faiths.

Till 1971, Pakistani nationals were allowed to come to the Indian side to pay obeisance at the shrine but after the 1971 Indo-Pak war, the practice was discontinued.

On the Pakistan side, it remains a three-day affair at Village Saidawali in Sialkot opposite village Chamliyal on the Indian side.

Pakistani Rangers hand over a traditional ‘chaddar’ to BSF for laying it at Baba Chambliyal ‘dargah’.

The 320-year-old ‘Chambliyal Mela’, which is being celebrated on both sides of the IB, has become highly popular since November 26, 2003, after the ceasefire agreement and parallel peace initiatives by both India and Pakistan.