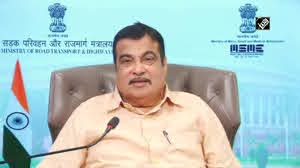 Amid the surge in COVID-19 cases in the national capital, Delhi Health Satyendar Jain on Wednesday said that three times more tests are being conducted as compared to the last peak in number of the positive cases.

Around 17,000 RT-PCR tests were conducted on Tuesday.

“Three times more tests are being done now as compared to the last peak. No doubt the third peak is here, hope cases fall in the next couple of days. 17,000 RTPCR tests were conducted yesterday, we have increased testing,” said Jain on the recent surge in COVID-19 cases in Delhi.

The Health Minister further informed that the Delhi Government has written a letter to the Central Government to increase the beds.

“We have asked the central government to increase about 1,100 beds and 300 ICU beds in government hospitals. There are 11 districts inside Delhi, each district has more than 80 mobile bans which are collect samples and send them to the lab for testing,” Jain added.

Delhi has reported 41,385 active cases, according to the Union Ministry of Health and Family Welfare (MoHFW).