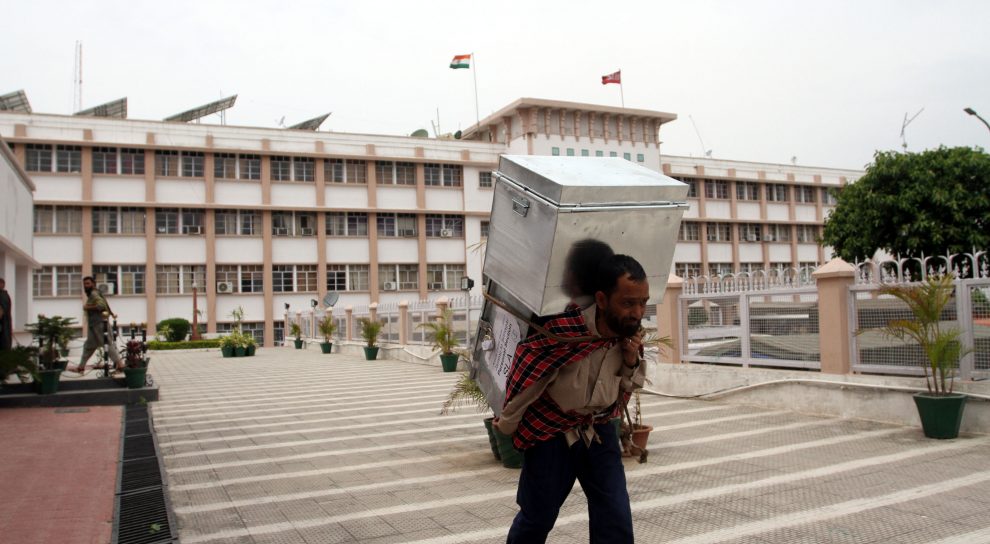 The Jammu and Kashmir administration is likely to suspend the departure of the seat of government from winter capital Jammu to summer capital Srinagar scheduled for April 30 as biannual Darbar Move, a practice in place for almost a century and a half but sought by many to be scrapped.

Reliable sources in the administration have told The Dispatch that in view of the surge in the Covid 19 pandemic the Union Territory administration is likely to call off this year’s schedule for Darbar Move even as the authorities had said earlier that all arrangements for shifting of the seat of government are in place.

Sources told The Dispatch Thursday afternoon that Lieutenant Governor’s administration was considering calling off the currently notified schedule for Darbar Move and a final decision could be made later on.

On March 31, the UT administration has announced the schedule for Darbar Move with April 30 as the date for closing down offices in Jammu, the winter capital and May 10 as date for reopening of offices in Srinagar, the summer capital.

One of the unique features of the Darbar Move this year was reducing the number of transportation trucks from over 300 to just fewer than 10. The government had said that they have significantly moved to digital file management making the office documents accessible online.

“The Government has taken concrete steps to switch to a paperless office by rolling out e-office in the moving departments. As such, most of the official record has been uploaded to the e-office, and training of employees has begun. The switch to the online mode will avoid wear and tear as well as loss of official record during the bi-annual transit, besides saving the associated transportation cost”, a government spokesman had said.

Believed to have been initiated by Dogra King Maharaja Ranbir Singh 1880 on the advice of British colonial authorities, the Darbar Move practice is sought to be scrapped by multiple parties. In 1988, a proposal of the Farooq Abdullah government to station most offices in Srinagar led to a prolonged agitation which could be called off only the intervention of the Union Home Minister and the reversal of the decision.

In 2020, owing to the Covid pandemic, the administration of Lieutenant Governor GC Murmu had initially suspended the Darbar Move for a few months and then limited the deployment of officers on a rotation basis.