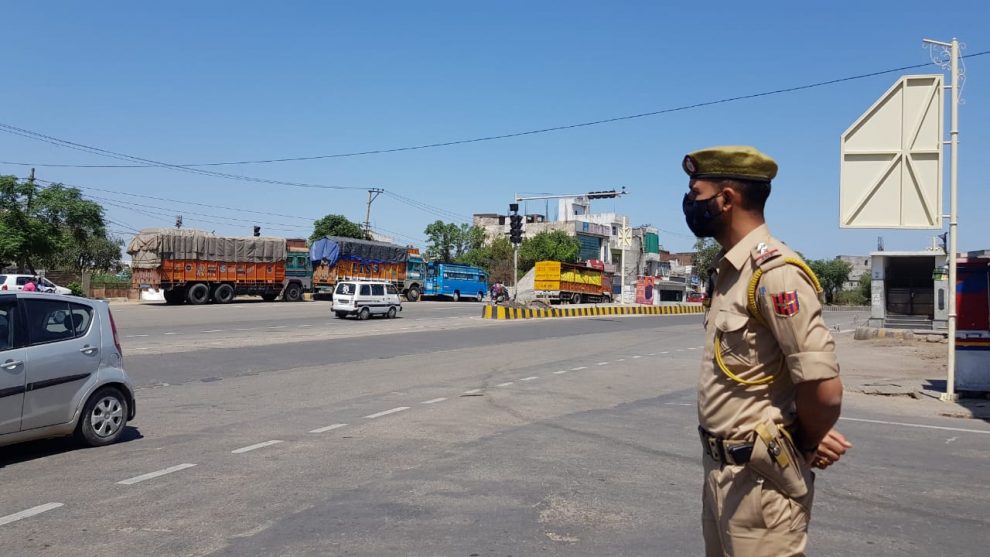 Srinagar/Jammu: Normal life came to a standstill across Jammu and Kashmir on Sunday as policemen strictly enforced curfew to prevent the spread of COVID-19 in the Union Territory, officials said.

Jammu and Kashmir Lt Governor Manoj Sinha had announced a 34-hour curfew from 8 pm on Saturday till 6 am Monday amid a surge in coronavirus cases. Security forces put barricades on roads at many places and were also seen patrolling localities in the twin capitals as well as in other district headquarters to ensure that there is no violation of the curfew, the officials said.

However, essential and emergency services were being allowed to move, they added.

The officials said police vehicles, fitted with public address system, went around localities announcing the imposition of strict restrictions for combating the spread of coronavirus Saturday night itself.

Markets wore a deserted look as people preferred to stay indoors and were cooperating with the administration, they said.

An order issued on Saturday night by Member secretary, State Executive Committee, Simrandeep Singh said the scheduled marriages up to permissible gathering norms will be exempted from the purview of the Corona curfew subject to production of wedding cards and identity cards.

The government had earlier permitted gathering of 50 persons in indoor functions and 100 outdoors besides 20 for funerals. The SEC also ordered the closure of technical training institutions falling under the department of skill development or technical education for on-campus in-person education till May 15 and said online education will be the mode of teaching.

The government had already closed down all educational institutions including universities, colleges and schools till May 15 and said during their closure, attendance of staff in person will be restricted to 50 percent only.

Earlier, on April 8, the administration had ordered imposition of night curfew from 10 pm to 6 am in the urban areas of eight districts which was later extended to municipal and urban local body limits of all the 20 districts in the Union Territory on April 20.

The UT has witnessed a surge in COVID-19 cases over the last few weeks.