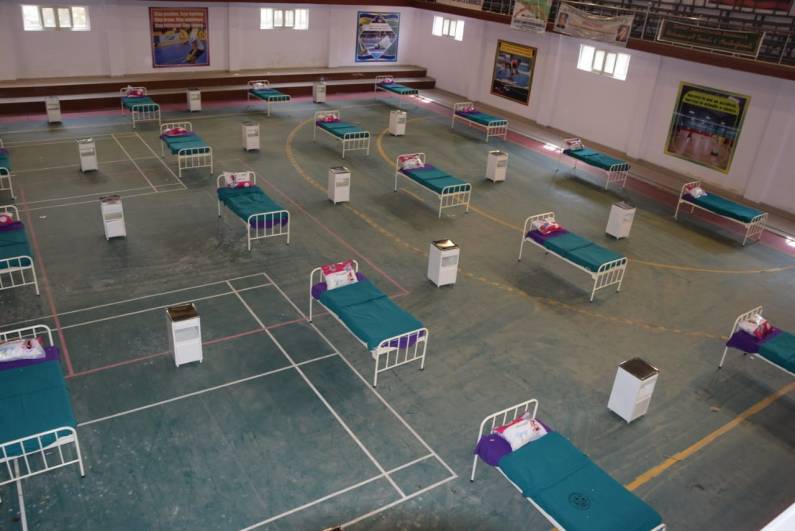 BARAMULLA,  May 09: Amid a spike in COVID-19 cases in Jammu and Kashmir, the Army in north Kashmir’s Baramulla district has prepared 40-bedded separate COVID-19 designated hospitals to help administration to mitigate the crisis.

Talking to news agency—Kashmir News Observer (KNO), an official said that as part of its mission to support the local population of Kashmir, the Indian Army has established a 15-bedded High Dependency Unit (HDU) for COVID patients each in Baramulla and Uri, while 5 beds will be critical care beds at both the hospitals.

He said that the hospital will function in collaboration with the civil administration, Baramulla and is primarily aimed at providing oxygen support and non-invasive ventilatory support for mild to moderate COVID patients.

“The facility will be functional from Monday,” the official said.

He also said that programs like Khairiyat Patrols are held where local Army establishments are sending patrols along with medical persons to the villages and distributing medicines, masks, sanitisers, PPE kits and other items which are essential to fight the COVID-19 Virus.

He informed that similar facilities are also under preparation in other remote areas to help and support patients during the COVID crisis.

Meanwhile, Colonel Paul Varghese, Army’s medical spokesperson said that to help the health authorities and Kashmiri Awam 20 bedded hospitals each have been started Baramulla and Uri.

He said that “We have seen people suffer for want of oxygen in parts of India and given the same two separate 40-bedded hospitals have been made functional to facilitate civilian population of which 5 each will be critical care beds.”

He said that they will be in touch with the health authorities to ensure people of Kashmir don’t have to suffer for want of treatment.

Notably, in April Defence Minister of India Rajnath Singh said that Armed Forces, DPSUs, Ordnance Factory Board (OFB) as well as Defence Research and Development Organisation (DRDO) have been called in to assist the state governments.