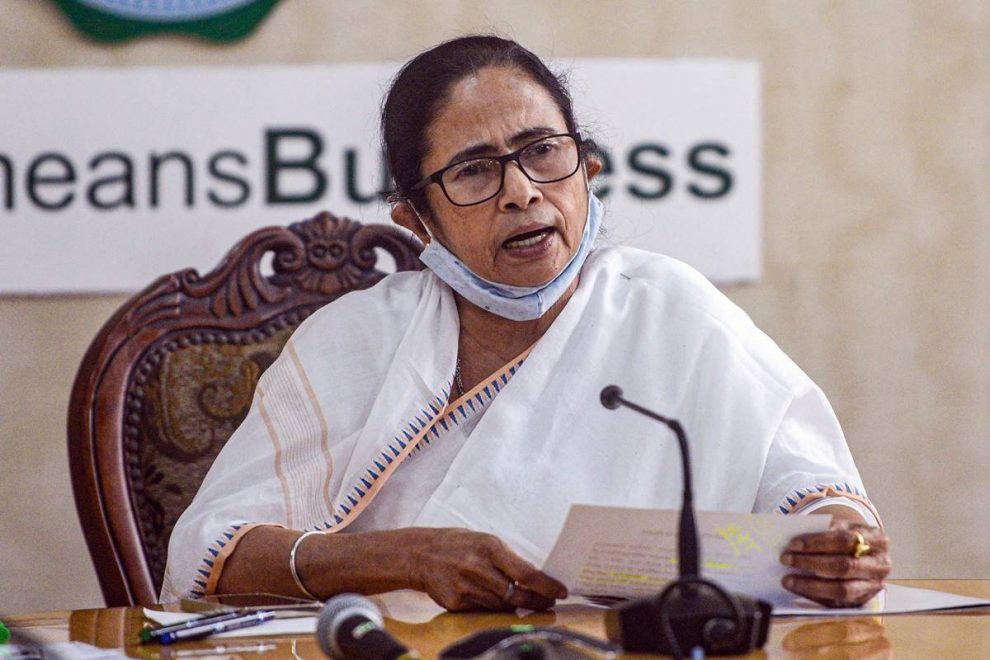 With the second wave of the coronavirus pandemic still leaving a trail of devastation, and the threat of a third wave looming, West Bengal Chief Minister Mamata Banerjee on Thursday wrote to PM Modi seeking augmented supply of Covid-19 vaccines in order to mitigate the situation.

“West Bengal needs around 14 crore doses of Covid-19 vaccine to cover all eligible people. Covid situation might turn grim if vaccine supply is not augmented in Bengal,” Mamata Banerjee said in the letter.

She claimed that her state is getting “much lower number of doses” of Covid-19 vaccines despite accounting for a very high population density.

“Presently, we are administering four lakh doses per day and are capable of administer 11 lakh doses per day. Yet, we are getting much lower number of doses despite having a very high population density and a higher rate of urbanisation,” Banerjee wrote.

The Chief Minister also alleged that despite having sent several letters sent to the PM regarding this issue, none have received the due attention.

The West Bengal CM today held the Global Advisory Board meeting over the third COVID-19 wave, with Nobel laureate Abhijit Banerjee also present at the meeting.

“The biggest problem is that Centre is not capable of generating supply of vaccines for the country. If there were enough vaccines, these claims wouldn’t have arisen. We have not received the promised level of supply for the entire nation,” the Nobel laureate observed.

Banerjee further said that the Covid-19 positivity rate in the state has come down to 1.57 per cent due to the government’s sustained efforts.

“So, my earnest appeal to you is to see that Bengal receives adequate vaccine doses as per its requirement,” the Chief Minister said in her letter.

As of Wednesday, more than 3.09 crore people have been inoculated in West Bengal, the health department informed.