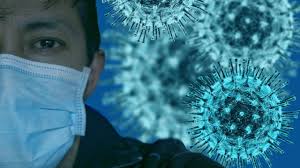 According to an official release, a mask is a foremost measure to safeguard against the infection and hence Raigarh police have organised a mega awareness campaign named “Ek Rakshasutra mask ka”, on the occasion of Raksha Bandhan.

The SP requested people to click pictures while distributing masks in their area and to share it with police in social media platforms. He has also urged for the celebration of the festival at homes and offer masks as gifts to each other.

A total of 12 lakh masks would be distributed in the entire district covering houses, market places, petrol pumps, sweet shops, squares and other places by the police, with help of various organisations, social groups.

The Superintendent of Police, Raigarh flagged off the vehicles containing a huge lot of masks, generously donated by a number of organisations of Raigarh for the cause which will be distributed today.

Furthermore, many other organisations have planned to distribute three lakh masks. Right from the coronavirus outbreak in March, the Raigarh police have been running several awareness campaigns to sensitise people about the pandemic infections.

SP Santosh Singh said “In view of the current situation, we decided to take up the initiative on Raksha Bandhan since a mask is also a tool for the safety of people.”

The campaign begins at 9 am on Rakshabandhan day with help of 362 different organisations and 7500 volunteers. The police officers have been deputed to monitor the mega campaign of mask distribution.

The campaign is echoing in other countries of the world too like the UK, Canada and USA. People are posting videos with words of appreciation on social media to support the campaign.

People representatives, officers, industrialists, religious organisations, different sections of society, media and residents of Raigarh appreciating and are taking an active part in this campaign.