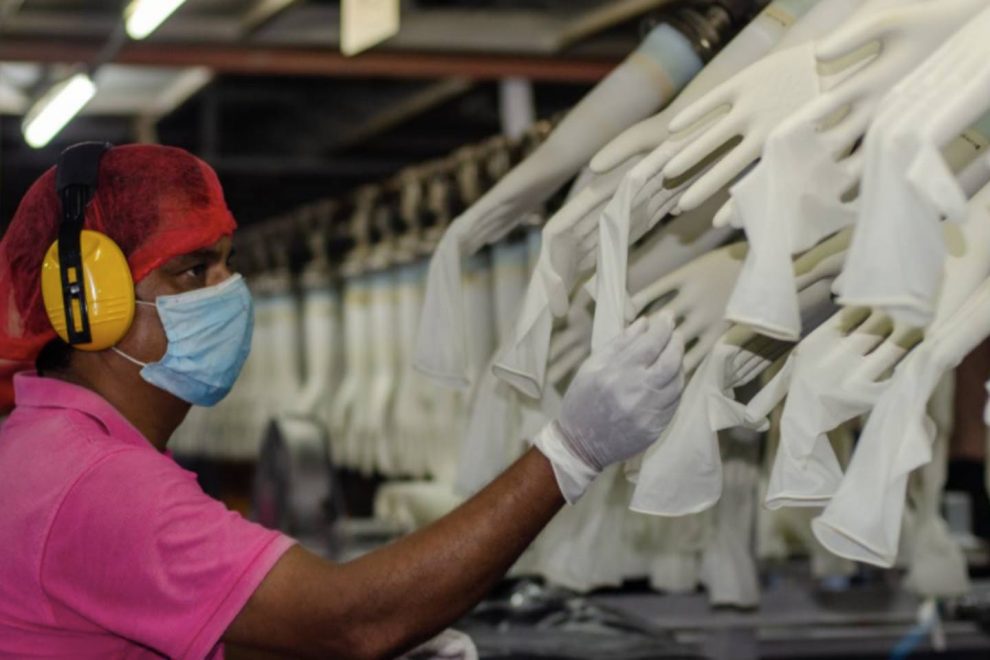 COVID-19 has created unprecedented demand for certain services and products that will likely outlast the pandemic.

The manufacture of medical gloves for health workers is one industry that has exploded, with over 300 billion rubber gloves now being used each year – enough to fill New York City’s landmark Empire State Building 25 times.

Most of the 80 million gloves used by coronavirus health workers each month are made from synthetic rubber and end up in landfill where they remain for about 100 years.

That is something a Malaysian company is determined to address.

Meditech Gloves is working with scientists at Britain’s Cranfield University to create a surgical glove that uses natural rubber and can biodegrade 100 times faster than the widely used synthetic, petroleum-based rubber options.

They hope their sustainable alternative will leave a lasting legacy in a market set to be worth $70 billion by 2027.

“It is commonly believed that the nitrile (rubber) glove is the answer to everything – but if you imagine their usage all over the world, it’s huge,” said Effendi Tenang, chief executive officer at Meditech Gloves in Nilai, near Kuala Lumpur.

“There is always (an alternative way) to what is commonly believed,” he told the Thomson Reuters Foundation.

When the pandemic broke out Meditech Gloves, a recent entrant into the industry, ramped up their production to meet the massive surge in demand for their gloves which use natural rubber.

But the firm will pivot towards their biodegradable gloves with plans to start producing for their buyers in Malaysia – the world’s biggest gloves supplier – Europe, Australia and the United States by early 2021.

Tenang has patented his natural rubber gloves but said he is “prepared to share it with those who want to share”.

Krzysztof Koziol, a professor of composites engineering at Cranfield University and inventor of the sustainable rubber gloves said the gloves can completely biodegrade within a year and more tests could cut this down to about a month.

“No one was thinking about biogradability during COVID … the first thought was ‘how do I get gloves in the first place’,” he said.

“There was this kind of rush and we have to learn from this for future pandemics – how to handle the situation so we are not making the wrong decisions.”

The inventors have also shown how energy savings can be made in the production of natural rubber gloves thanks to a faster manufacturing process.

In addition, 30% less waste is created during the production of the new gloves.

Meditech Gloves currently only supply the healthcare sector, with a focus on the surgical and examination gloves market, although this could extend to other industries, such as care homes, engineering and factories, if needed, Koziol said.

“COVID was an awakening. We have the technology to do this right, rather than pay the price in the future with piles of gloves in the ocean,” he said.