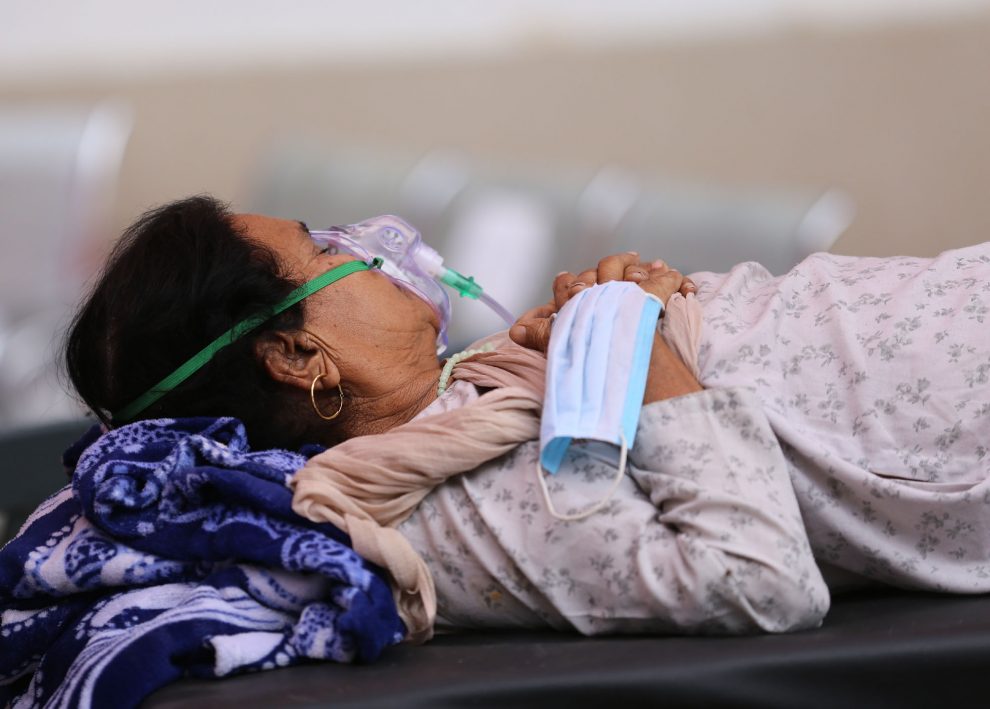 Jammu: As the Jammu and Kashmir especially Jammu region grappling with second wave of COVID -19, the black marketers in Jammu region have been practicing to gain financial profits in the humanitarian crisis by hoarding and selling oxygen flow meters on exorbitant prices.

The oxygen flow meter is an important equipment which fixed on the top oxygen cylinders and controls the flow for patients, who are on medical oxygen support.

The demand for oxygen flow meters surged in Jammu  following the spurt in cases during second wave.

“Many people are developing breathing issues in this wave. Moreover, in the absence  of beds in COVID dedicated hospitals some people are perfering the treatments in home,” an official said.

As  per the data released by Jammu and Kashmir government, the Union Territory have active caseload of more than 50,000 including 19333 in Jammu region  and 32646 in Kashmir region.

Although the administration of Jammu and Kashmir has taken several initiatives to the supply of oxygen to the COVID patients, but it is difficult to save the patient’s life without the oxygen flow meter fitted with the cylinders .

It would have been better if the Lieutenant Governor had kept an eye on the supply of oxygen flow meter and could have saved the lives of some more patients.

The issue is that the oxygen meter is still not available in retail and whole sale market in Jammu.

In view of its shortage in the market, its prices have started touching the sky now.

The market may has deliberately depicted its shortage, so that people will be benefited by retail and retail traders by buying it under compulsion.

At the same time, Manoj Prabhakar, Joint Director of the Department of Legal Metrology, admitted that Oxygen flow meter meters are missing in the market.

The administration is also silent on the black marketing of the oxygen flow  meter. In such a situation, people also do not want to endanger the lives of patients in helplessness and are urging them to do black marketing to help in black. At present, administrative officials are also not willing to rise above their limits. Like the Thanedars, they have also kept their scope.

Recovery rate of COVID-19 patients improves to 83.83 per cent
Vaccine passports: Why they are good for society
Comment