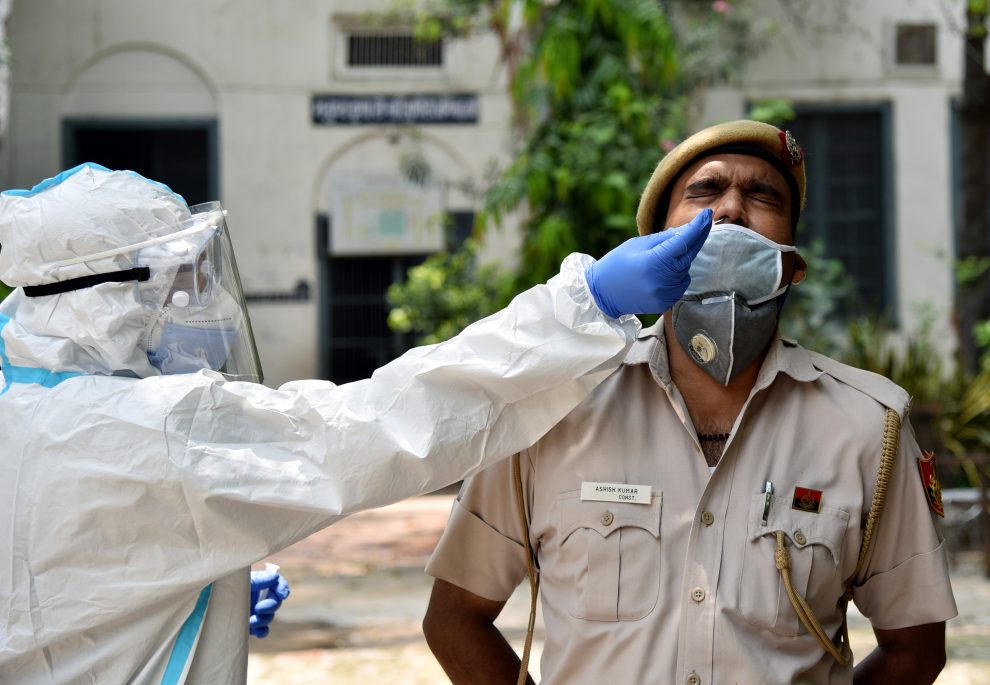 New Delhi: India added a record over 2 lakh new COVID-19 infections in a day pushing the total tally of cases to 1,40,74,564, while the active cases surpassed the 14-lakh mark, according to the Union Health Ministry data updated on Thursday.

With over 1 lakh infections per day for the ninth consecutive day, India has added 13,88,515 cases in nine days.

Registering a steady increase for the 36th day in a row, the active cases have increased to 14,71,877, comprising 10.46 per cent of the total infections, while the national COVID-19 recovery rate has dropped to 88.31 per cent.

The number of people who have recuperated from the disease surged to 1,24,29,564, while the case fatality rate has further dropped to 1.23 per cent, the data stated.

NIA orgnaises two-day BRICS Seminar on Misuse of Internet by militants
“We Are Not Here To Be Bystanders”: A powerful and inspiriting memoir by community activist Linda Sarsour
Comment