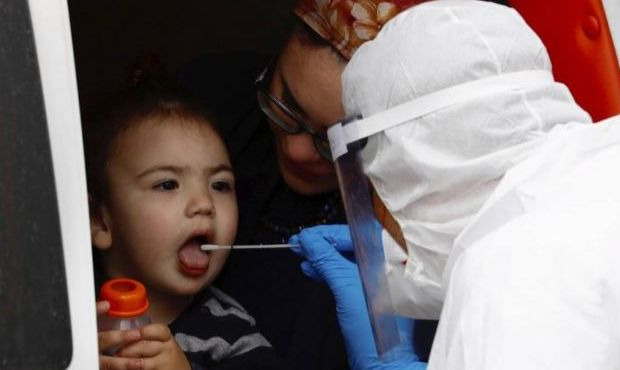 SRINAGAR: The experts in Kashmir on Friday said that there was no need to panic regarding the Covid-19 as long as hospitalization remains minimal.

Dr. Naveed Nazir Shah, Kashmir’s top pulmonologist and Head of the Department at Chest Disease Hospital Srinagar said, “There is no need for panic given the fact that cases are few and hospitalizations on account of covid-19 are almost zero.

“The SOPs are largely relaxed but if any surge happens, there is a need to go back to following SoPs in letter and spirit,” he said.

Sources said that presently a lesser number of tests are being conducted and the number of cases may not present the actual situation. However, they said, severity is far less with hardly anyone requiring hospitalization.

HoD Social and Preventive Medicine, GMC Srinagar, Dr. Saleem Khan also said no major steps were needed to be taken as the hospitalization does not demand the same.

The seven-day average of daily infections, a number that denotes a region’s Covid-19 case curve, in New Delhi has climbed to 636 for the week ended Thursday. This number, which was falling for almost three months since mid-January when the city’s Omicron wave peaked, has now been slowly rising. For the week ended March 31, the city reported 103 cases every single day on average.

The number of cases in Jammu and Kashmir remains far low and mainly in the single digits. However, experts have been warning against any complacency. While the Delhi government was forced to order the wearing of masks earlier this week, the Tamil Nadu health department on Friday made wearing face masks in public mandatory as a preventive step to control the surge of Covid-19 cases. Anybody found without a face mask will have to pay a penalty of Rs 500 in the South Indian state.