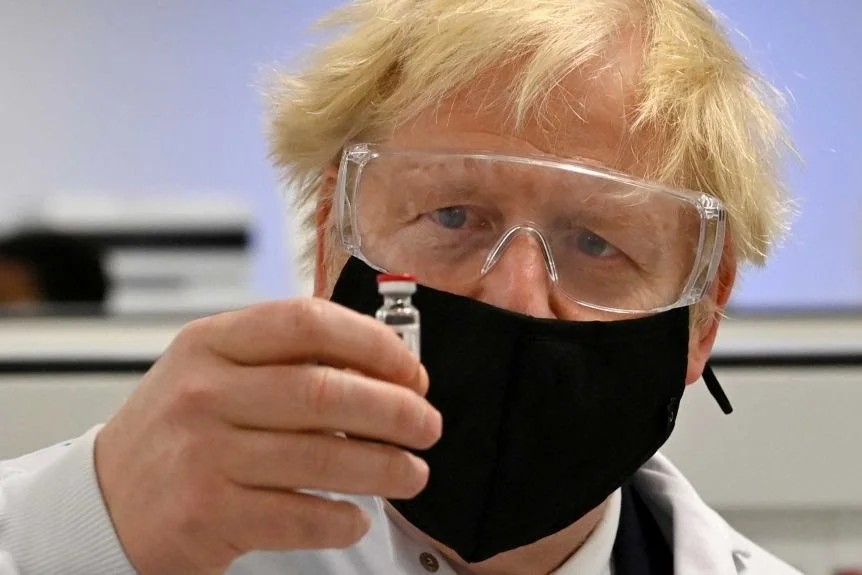 COVID-19 has exposed the fissures caused by capitalism. It has uncovered the ecological, epidemiological, and economic vulnerabilities imposed by capitalism in the world. “Metabolism” for Marx, signified the whole of nature and its interdependent processes, and humans formed a part of the same.

What happened?
In December 2019, China’s Wuhan city witnessed an abnormal rise of what was initially thought to be cases of pneumonia, as identified by the Wuhan Municipality Health Commission. However, upon further investigation by Chinese officials, a novel coronavirus was identified. By then the city’s health system was already dealing with dozens of cases of coronavirus.

On 1 January 2020, the World Health Organisation (WHO) set up the Incident Management Support Team at all levels- Headquarter, Region, and Country level. On 5 January 2020, the WHO published their first disease outbreak news on the novel coronavirus. It contained risk assessment and general advisory for the public. On 11 January, the world saw the first reported death of a person by the virus. The 61-year-old victim was from Wuhan. Soon, the virus travelled everywhere; no part of the world has been spared from the wrath of the virus.

A few months into the pandemic, the cases soared rapidly. The videos from Italy, which consisted of people gasping for breath, shocked the world. The virus and its virulence painted a bleak picture.

Cut to late 2020, and there have been two waves of the virus. In the first wave, tracing was largely difficult due to a shortage of testing kits. As of today, 21,562,321 people remain infected worldwide. On 28 September, the grim milestone of one million deaths was crossed, with the USA taking the lead in the figures followed by Brazil and India.

What is the background?
First, the varied response to the pandemic. On 23 January, the world witnessed the unprecedented event of locking down the whole city of Wuhan. Wuhan, with a population of 11 million, was completely crossed off when only 17 people had died of the virus worldwide. The whole world stood witness to the efficacy of the Chinese health system. While some praised the lockdown, some nay said. Needless to say, when the WHO praised China, it was under continuous attack from western countries and especially the United States. The severest of criticisms, of course, came from President Donald Trump. He has called the WHO a ‘Puppet’ of China (On 6 July, Trump formally decided to withdraw from the WHO, two months after he vowed to stop funding for the WHO.)  The Wuhan lockdown was perhaps a sneak peek to what the whole world (except some countries like the United States) would eventually replicate.

Second, the unprecedented spread of the virus. By late January, the virus reached several countries like Thailand, Japan, South Korea, and the US. The WHO’s situation report published on 21 January confirmed the spread of the virus to other countries. Chinese scientists had already started studying the genetic sequence of the virus and publicly shared the valuable findings with the international community. Exactly a month after the first report of the ‘pneumonia-like disease’, the WHO declared a Public Health Emergency of International Concern (PHEIC). The virus was officially named COVID-19, an acronym for Corona Virus Disease 2019. By February-March, China had contained the virus’s spread, thanks to its stringent response and public health system. On 19 March, China reported that there had been no new local transmission in the country, signalling the success of Chinese strategy in fighting what was still an ‘epidemic’. However, this does not spare China from all criticism as initially; China did suppress the whistleblowers like Dr Li Wenliang, who did warn local authorities about the emerging disease.  By March, countries like Italy and Iran (the sanctions imposed on Iran worsened the situation) had become new hotspots as they reported thousands of new cases. Italy would eventually become one of the worst affected countries in the world. The first case of coronavirus in India was reported from Kerala in the end of January 2020.

Third, the mixed results of the lockdown. In India, Prime Minister Narendra Modi announced a 21 day nationwide complete lockdown on 24 March. Back then, the number of total reported cases in the country was around 500. The lockdown was a complete disaster. This disaster of a lockdown resulted in a hunger crisis and led to the exodus of migrant workers. The daily number of reported cases kept rising, with no sign of flattening curve whatsoever. India would eventually record 95,000 plus daily cases. Places like South Korea did not see a lockdown, but they could control the spread of the virus with restricting movements of the people and rigorous testing. Even New Zealand was able to control it through testing and travel restrictions.

Fourth, the corona crisis has allowed us to marvel at science in its absolute glory. Never in history has a vaccine been fashioned in such a short time. The vaccine made by China (by Sinovac) is a traditional one; it works by using killed viral particles to expose the body’s immune system to the virus without risking a serious disease response. At the same time, the one made by Pfizer happens to be an RNA vaccine. Interestingly, this is the clear divide between the Global North and the Global South regarding the vaccines. A large chunk of the Global South is currently administering the vaccine made in China. At the same time, many countries in the Global North have authorized the Pfizer Vaccine’s emergency usage. Countries like India and Russia are developing their own vaccine (Russia has successfully done so, while India additionally is trying to get its hands on the Oxford vaccine). Perhaps this is because the Pfizer vaccine has to be stored at appallingly low temperatures and countries in the South simply lack the infrastructure.

What does it mean?
COVID-19 has exposed the fissures caused by capitalism. It has uncovered the ecological, epidemiological, and economic vulnerabilities imposed by capitalism in the world. “Metabolism” for Marx, signified the whole of nature and its interdependent processes, and humans formed a part of the same. As evident, capitalism has deeply severed the link between humans and nature, which is why humans seek to dominate nature and not be in sync with it. It is this very metabolic rift which has led to an unbridled rise in zoonosis.

What needs to be recognized is that the connections between epidemiological crises and the capitalist world economy are systematically downplayed because of the involvement of big pharma and privatization of health care. It also needs to be noted that commodity chains need to be looked at as drivers of pandemics instead of the Chinese people’s dietary practices. These pandemics should not be looked at as random events; they need to be seen as reflections of the crisis of capital.

Moreover, the pandemic has revealed a lot about states in general. A lot of welfare states and states with robust public health care were seen to be struggling. The socialists handled it better. Not just China, even Cuba and Vietnam were able to handle the situation as well. However, the way China handled the pandemic was met with equal amounts of furore and scepticism. China was bashed left, right and centre.  It was not just China; places like New Zealand (through travel bans) and South Korea were able to curb the virus’s spread.

As long as the expropriation of nature continues, ecological disasters will keep on happening. The only way out of this menace is to restructure society radically to enable a healthy planetary metabolism.