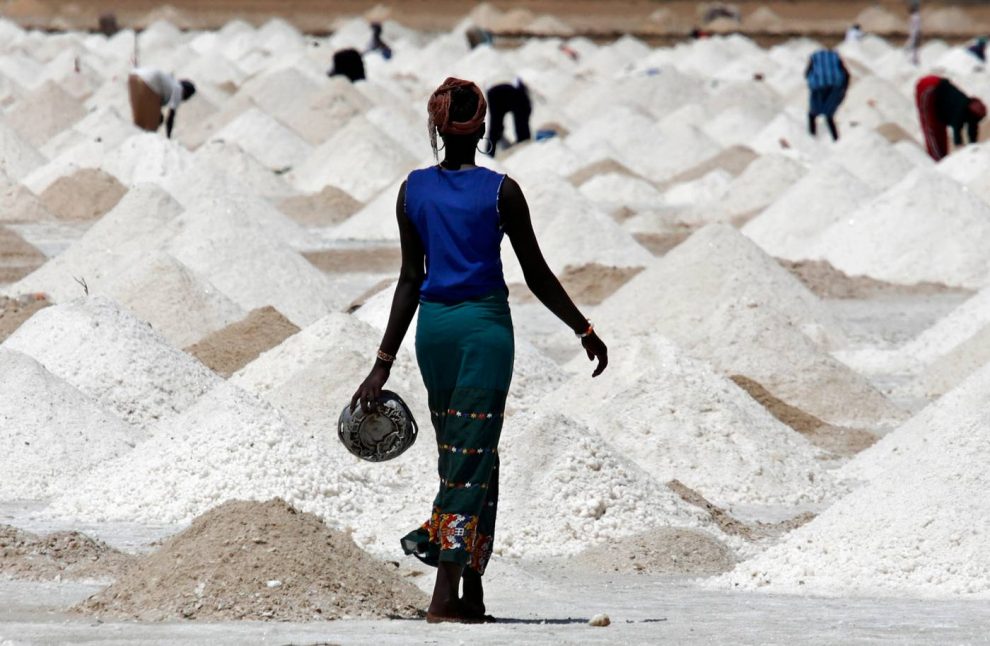 NAIROBI: When Margaret heard the family making plans for her genital cutting ceremony last August, the 15-year-old Kenyan schoolgirl knew there was no room for negotiation.

Her school in rural, western Kenya had been closed for five months due to the pandemic, and with no certainty when classes would resume, Margaret’s parents decided she should wed.

“They wanted me to be cut so I could be married and they would get dowry,” Margaret told the Thomson Reuters Foundation by phone from a temporary foster home in West Pokot county, which borders Uganda.

“They didn’t listen when I told them I wanted to continue with my education … so I ran away to a neighbour who took me to a charity worker who helps girls like me.”

Margaret, whose name has been changed to protect her identity, is one of the lucky ones.

From Kenya, Somalia and Tanzania in the east to Liberia, Sierra Leone and Nigeria in the west, the COVID-19 pandemic has led to a surge in reports of girls across Africa undergoing female genital mutilation (FGM), say women’s rights groups.

The world has pledged to end the practice by 2030 – an ambitious goal made all the more remote by the new coronavirus.

For the pandemic has created a perfect storm for proponents of cutting: vulnerable girls stuck at home without teachers’ protection, anti-FGM groups grounded by lockdown and hard-pressed health services diverted to COVID-19.

Shutdown has also driven poverty higher, said campaigners, so families perform FGM hoping to marry their daughters off to ease the financial burden at home or gain a dowry.

Africa’s confirmed coronavirus caseload has reached more than 3.5 million, with almost 100,000 deaths, according to the Africa Centres for Disease Control and Prevention.

Health experts say a lack of testing and reliable data from many African nations means the true figures may be far higher.

“Anecdotal evidence, including various reports from police and activists, indicate that in some communities there has been an increase, including girls being subject to FGM en masse,” said Flavia Mwangovya, who leads the anti-FGM programme at charity Equality Now.

The pandemic, she said, spawned “a fertile environment for FGM to proliferate”, with the United Nations Population Fund(UNFPA) predicting an extra 2 million girls will be cut in the next decade.

On Saturday, International Day of Zero Tolerance for Female Genital Mutilation aims to focus minds on the practice and bolster efforts to raise funds and awareness to stamp it out.

More than 200 million girls and women globally have undergone FGM. It is practiced in more than 30 countries – largely in Africa, but also in parts of Asia and the Middle East, and by diaspora communities in the West.

Usually carried out by traditional cutters, often using unsterilised blades or knives, the centuries-old ritual has no health benefit and can lead to a host of medical problems, says the World Health Organization (WHO).

Girls can bleed to death or die from infections.

It can also cause fatal childbirth complications.

In many communities, a girl weds soon after cutting, say rights groups, stifling progress in education, health and employment and in turn hampering her children’s development.

The WHO says FGM also exacts a crippling economic cost – estimating the cost of treating the health impacts of genital cutting to be about $1.4 billion annually.

In Africa and the Middle East, 26 nations have outlawed FGM, but the practice persists within some communities that believe it fosters social acceptance and boosts marriage prospects.

The Five Foundation, which supports local organisations to fight FGM, said they had given out grants to more than a dozen partners who had reported increased FGM cases during the pandemic, including in The Gambia, Guinea and Egypt.

Domtila Chesang, a Kenyan anti-FGM advocate, said communities had exploited school closures to perform genital cutting on their girls, free from the risk of detection.

“I can confidently say there has been a spike in FGM and child marriage cases due to COVID-19 in Kenya,” said Chesang.

“I received many tipoffs of FGM cases, sometimes ceremonies involving hundreds of girls. In some cases, we were able to intervene with the police and rescue the girls, but in other cases the place is too far off and you can’t reach in time.”

Chesang said she helped rescue 60 girls – including Margaret – in the nine months when Kenyan schools were shut, compared to an average of 15 rescues annually pre-pandemic.

In neighbouring Somalia – which has the world’s highest FGM rate with about 98% of women having been cut – child rights groups say the lockdown has seen circumcisers going door to door offering to cut girls stuck at home, as well as mass gatherings.

In Sierra Leone and Liberia, campaigners also believe cases have risen, although they do not have official data as backup.

“With no one watching, the practitioners started aggressively selling their services, so they could make more money by performing FGM procedures and this has led to an increase,” said Mackins Pajibo, programme officer at the Monrovia-based charity Women Solidarity Incorporated.

Anti-FGM groups also cite reports that former cutters in countries such as Nigeria who had given up their work, have restarted due to a loss of earnings caused by the pandemic – further hampering efforts to end the practice.

Some countries have tried to counter the new trend.

In Kenya, village chiefs have made house-to-house checks, while motorbikes were given to elders in Liberia so they could monitor girls at risk.

To end FGM by 2030, the U.N. estimates it will cost $2.4 billion – or $95 for each girl safeguarded – and have urged donors to come forward and meet the challenge.

“It is an ambitious and necessary goal and it is achievable – if we unite, fund and act,” UNFPA Executive Director Natalia Kanem said in a statement.