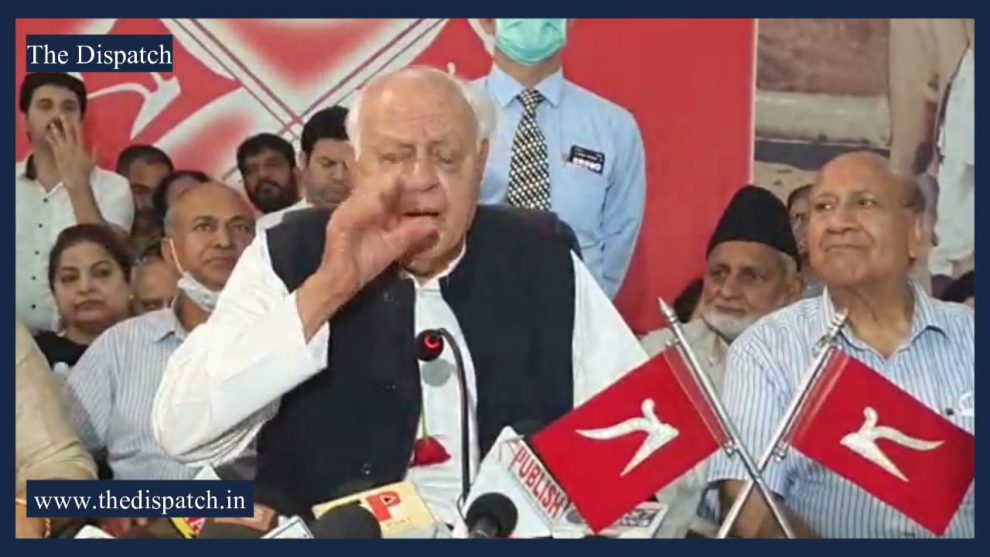 SRINAGAR: A local court here has issued summons to Sunil Mawa who runs a civil society group – Jammu and Kashmir Reconciliation Front – after he allegedly made defamatory remarks against the former chief minister of the state Farooq Abdullah and others.

A complaint was filed by the provincial president of the National Conference Nasir Aslam Wani before Chief Judicial Magistrate Farooq Ahmed Bhat alleging that Mawa had given an interview to a web portal in which he had made derogatory remarks against Abdullah, his son Omar and the complainant.

The court after hearing the matter on Wednesday ordered that summons be served to Mawa and posted the matter for April 6. “Perused the contents of the complaint along with the statements of the complainant and the identifier, accordingly I am satisfied that cognisance in respect of the offence under section 500 IPC (defamation) has to be taken against the accused.

“Therefore the cognisance in the said offence is taken, as such a summons is issued to the accused for his appearance before this court on next date of hearing. Let the summons be sent to SHO Police Station Karan Nagar, Srinagar for execution upon the accused along with a copy of the complaint,” the order said.

Mawa had made personal allegations against the NC leaders and even gone to the extent of their character assassination, it is alleged.

Wani’s counsel said that bare perusal of the contents of the excerpted comments, it is manifest that the comments made are ”not only vile, reckless, unsubstantiated but are also absolutely uncouth and per se defamatory and disparaging and have incorrigibly tarnished and harmed the reputation goodwill and public image of the complainant herein”.

It is averred that the defamatory, disparaging and scurrilous comments made with malevolent intent and malicious design to expose the complainant to public hatred, contempt and ridicule, a fortiori, are deleterious enough to harm or injure incorrigibly the reputation of the complainant, besides lowering his image before the general public, the complaint alleged.

In support of the claims raised in the complaint, the statement of the complainant along with the identifier has been recorded and forms part of the record, the court order said. (PTI)