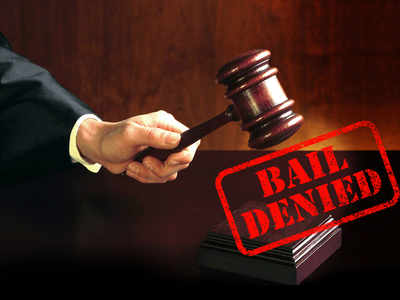 According to the details available with the news agency—Kashmir News Observer (KNO) that one Nazir Ahmad Malla son of Mohammad Maqbool Malla, a resident of Qazipora village of Bandipora was denied bail by the court of judicial magistrate Bandipora.

The accused had moved a bail application through his counsel Advocate Shoaib Dewani and associates, on the grounds that he has not indulged in any act that constitutes an offence.

Notably, along with Nazir, his two sons namely—Irshad Ahmad Malla and Pervaiz Ahmad Malla are also accused in this case and are already under police custody.

Nazir was arrested on December 17, 2020 and is under police custody at police station Bandipora.

The learned counsel for the accused had moved the bail application before judicial magistrate Bandipora, Tawfeel Ahmad Mir (KCS).

As per the order issued by the judicial magistrate, the bail application was strongly contested by the prosecuting officer and assistant public prosecutor Advocate M Lateef Lone and Aadil Rasheed (JKPS).

The order states that after hearing both the sides the bail application of the accused was denied considering the nature and severity of the crime and no plausible grounds were projected while seeking the bail for the accused.

“In the backdrop of what has been stated and after considering the nature of offence, severity of punishment and stage of investigation, I deem it proper to reject the present application as no plausible ground has been projected in the application for indulgence of this court in granting bail to accused,” the order states.