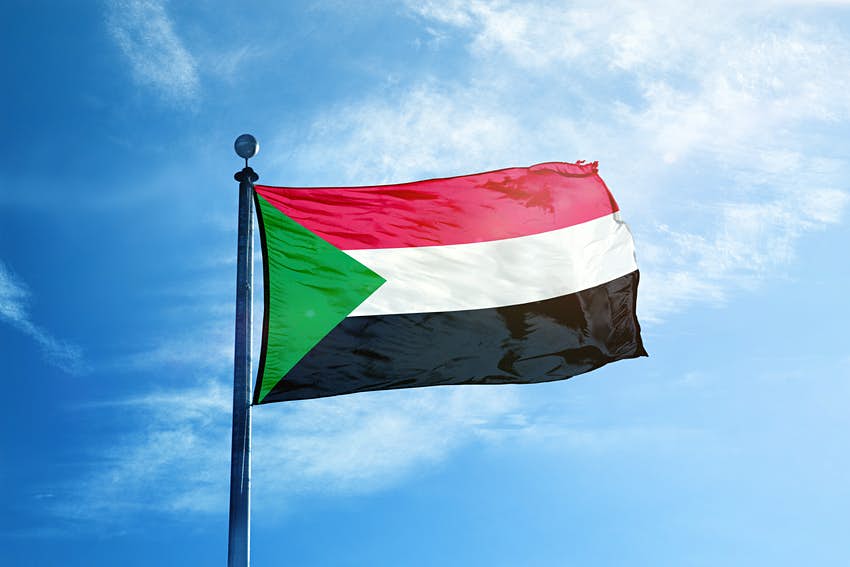 Ruchita Beri
Add Comment
In April 2019, Sudan’s transitional authorities came to power after country-wide protests brought an end to then President Omar al-Bashir’s 30-year rule. Since then, Sudan has been run by an administration of military generals and civilians from the Forces of Freedom and Change (FFC). In recent months, splits have deepened within the FFC and support for the transitional government led by Prime Minister Abdalla Hamdok has waned to some extent due to economic reforms.

On 25 October 2021, Sudan’s military led by General Abdel Fattah al-Burhan seized power, dissolved the transitional government, declared a state of emergency and imprisoned the civilian leaders, including Prime Minister Abdalla Hamdok. This coup has led to widespread protests in the country and condemnation across the world. The African Union (AU) has suspended Sudan; the United Nations (UN), Intergovernmental Authority on Development (IGAD) and Arab League have condemned the coup and called for the return of the civilian rule. Sudan’s neighbours—Egypt, South Sudan, Ethiopia and Saudi Arabia—have called for restraint in the country. There are fears that the political crisis may lead to worsening situation internally and in the region

In April 2019, Sudan’s transitional authorities came to power after country-wide protests brought an end to then President Omar al-Bashir’s 30-year rule. Since then, Sudan has been run by an administration of military generals and civilians from the Forces of Freedom and Change (FFC). In recent months, splits have deepened within the FFC and support for the transitional government led by Prime Minister Abdalla Hamdok has waned to some extent due to economic reforms. Pro-military faction had been carrying out protests demanding the government’s removal. Port Sudan, the country’s largest port, on the Red Sea, has been blocked by a tribal group.

Whether the economic reforms implemented by the transitional government are the main factor behind the coup is a pertinent question to ponder upon. The timing of the coup is also worth mentioning here.  According to the 2019 power sharing agreement, General Burhan was due to step down and hand over the leadership to civilians in November 2021. A BBC report suggests that the desire to protect military’s commercial interests may have led to the coup. Prime Minister Hamdok had critiqued military’s involvement in the economy in the past. This would expose the tentacles of the commercial empires owned by military, senior generals in particular. Prime Minister Hamdok had become increasingly outspoken in his criticism of the military entanglement in the economy. Placing the army under proper civilian control was also a priority for the next stage of the transitional period.

Impact of the Coup

The coup in Sudan may have several ramifications. First, the Sudanese economy is in a bad shape. The secession of South Sudan in 2011, was a big economic shock, as the country lost its oil wealth which accounted for 50 per cent of the government revenue and 95 per cent of its exports. The internal conflict within South Sudan added to the misery, as the country was deprived of the revenue earned through the transit of oil through pipelines that remained in the country. Hence the transitional government had inherited a shattered economy. Over the last few years, the economic situation has not changed much with inflation at 400 per cent.3 The COVID-19 compounded the economic problems faced by the country, though Prime Minister Hamdok’s government was putting in efforts to improve the country’s economic situation.4 It was a result of these efforts that Sudan was removed from the United States’ State Sponsors of Terrorism list, thereby paving the way to access to assistance from international financial institutions.5 The economic reforms initiated by the Hamdok government helped Sudan secure billions of dollars in debt relief from the World Bank and the International Monetary Fund (IMF).6 But the coup has reversed the progress and will certainly weaken the economy further. The US and the World Bank have paused their economic assistance to the country after the coup, and EU is likely to follow suit.

The coup also threatens the country’s fragile peace. In October 2020, the transitional government had signed the Juba Agreement for Peace with some armed rebels.7 However this agreement excluded two powerful armed groups from Central Darfur and the Two Areas. These groups are wary of the Sudanese army and interested in talking only with the civilian government. The coup has weakened the chances of these groups joining the government anytime in future. Rather there are fears that tensions may flare up in these regions.

The military coup may have an impact on the region, including inflaming existing disputes among Sudan’s neighbours, for instance, it could escalate tensions between Sudan and its eastern neighbour Ethiopia. The two countries have been embroiled in a territorial dispute regarding 100 square miles of farmland in the border region of Al-Fashaga.8 This age-old dispute has existed since the colonial times, and the ambiguity regarding demarcation of border has left the issue unresolved. It is feared that the coup may also delay the resolution of the dispute related to the Grand Ethiopian Renaissance Dam (GERD) between Ethiopia, Egypt and Sudan.  Ethiopia considers that the construction of GERD is essential for the economic progress of the country and for providing hydroelectricity to the entire region. On the other hand, Egypt and Sudan are opposed to its development as this dam would reduce Nile water flow to their countries. The Egypt government is considered to be close to the military in Sudan and may gain an edge in the running dispute thereby enhancing the chances of a deadlock. The coup may also push the military in Sudan to provide more support to the Tigray People’s Liberation Front (TPLF) in the ongoing internal conflict in Ethiopia precipitating a regional conflagration.

The visit of Indian Minister of State for External Affairs, V. Muraleedharan, to Sudan on 18–19 October 2021, less than a week before the coup, underlines close relations between the two countries. During the visit, he had discussions with General Burhan and Prime Minister Hamdok on bilateral relations and issues of mutual interest.

India is a key development partner, with New Delhi extending Lines of Credit over US$ 631 million to the country. It is also noteworthy that a large number of Sudanese students study in India. During the last one year, India continued to support Sudan as it faced multiple challenges, such as an armed conflict, COVID-19 outbreak and massive floods. It was reported that the torrential floods had affected hundreds of thousands of people in the country. India supplied 10 MT of life-saving drugs essential for treating COVID-19 and also delivered 100 MT of food aid to Sudan.

Sudan’s importance for India stems from the fact that the country has been a gateway for India’s investments in the energy sector in the African continent. India’s total investment in unified Sudan’s petroleum sector was about US$ 2.3 billion.13 In July 2011, after the succession, South Sudan took control of around 75 per cent of united Sudan’s oil production. Over the years, conflict in South Sudan and disputes between the two countries over transit and transportation of fuel have taken the shine off this investment. At present, India’s investments in South Sudan’s energy sector remain, however it does not have any stake in Sudan’s energy sector. In 2020, Oil and Natural Gas Corporation (ONGC) exited from Sudan after the country refused to pay for the oil it had lifted from the oil fields.

Nevertheless, coup in Sudan may have an adverse impact on India’s trade ties with the country. In 2018, the value of bilateral trade was estimated to be around US$ 1.5 billion and total Indian investment around US$ 450 million.15 This is mainly in steel, packaging, beverage, food and pharmaceutical sector. Major Indian pharma and automobile brands have a presence in the country. Security of the Indian community in Sudan is another concern. In the past, India has evacuated Indian nationals and workers stuck in the country during turmoil.

In conclusion, it can be said that Sudan, which connects North Africa, Horn of Africa and the Sahel, is key to stability in the region, and any instability and chaos in Sudan may intensify the territorial disputes in the region. The coup may also have an impact on India’s trade ties with the country. Regional organisations, such as IGAD, AU and Sudan’s external partners including India, should put pressure on the military regime in Sudan to an early restoration of the civilian transitional government in the country.

The article first appeared on the website of IDSA and views expressed are of the author.

The author is Senior Research Associate at the Manohar Parrikar Institute for Defence Studies and Analyses, New Delhi.