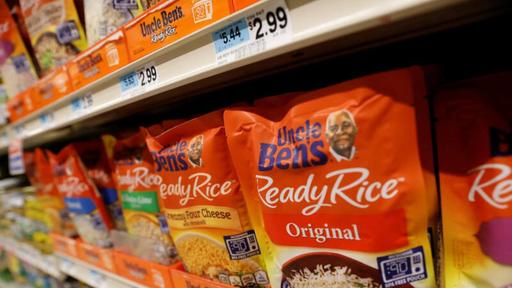 American baseball team, The Cleveland Indians, announced this week it would change its name after criticism from fans for using a moniker many deem racist.

The club joins several brands this year that have dropped racially-insensitive names – some centuries-old – following mass protests sparked by the death of George Floyd, an unarmed Black man who was killed in police custody in Minneapolis.

Here are four firms that have changed their names in 2020 and, either been applauded by civil rights experts, or probed on what comes next.

In the weeks following the police killing of George Floyd, country music group Lady Antebellum changed their name to Lady A, saying they “did not take into account” the name’s association with slavery in the United States.

“Antebellum” is a term used to describe culture in the Southern United States before the American Civil War when slavery was an accepted practice.

PepsiCo Inc said on June 17 it would change the name and brand image of its Aunt Jemima pancake and syrup mix, which has long been considered racist.

The more than 130-year-old brand logo features an African-American woman named after a character from 19th-century minstrel shows and is rooted in a stereotype of a friendly black woman working for a white family.

“Reckoning with the weight of the past is often uncomfortable, but showing more consideration about these issues… could help move us toward a better and more genuinely democratic and united nation,” said Riché Richardson, an associate professor of African American literature at Cornell University.

In addition to the name change, the company said in June that it would give at least $5 million “to create meaningful, ongoing support and engagement in the Black community.”

Hours after PepsiCo’s announcement, the makers of Uncle Ben’s rice, Mars Inc, declared that it would also change its name and brand logo, saying at the time that it stood “in solidarity with the Black community.”

The rice brand is known for its white-haired African-American man named after a Texas rice farmer.

Some observers welcomed the moves, but said they did not come soon enough.

The National Football League’s (NFL) Washington franchise dropped its “Redskins” team name in June, which is widely seen as a racial slur against Native Americans, after 87 years.

The club adopted the temporary moniker “Washington Football Team,” whereas Cleveland said this week that it will continue using the “Indians” name through the 2021 season and until a new one is identified.

Gregory Smithers, an American history professor at Virginia Commonwealth University whose research focuses on indigenous people, said that in the future, organizations should proceed with caution before using symbolism from cultural minorities.

“Whether it’s governments, companies wanting to advertise its products, or professional sports teams, if you want to use Indigenous imagery and culture in your marketing you can’t simply steal it; you must consult,” Smithers said.

“That, to me, is the ethical minimum.”