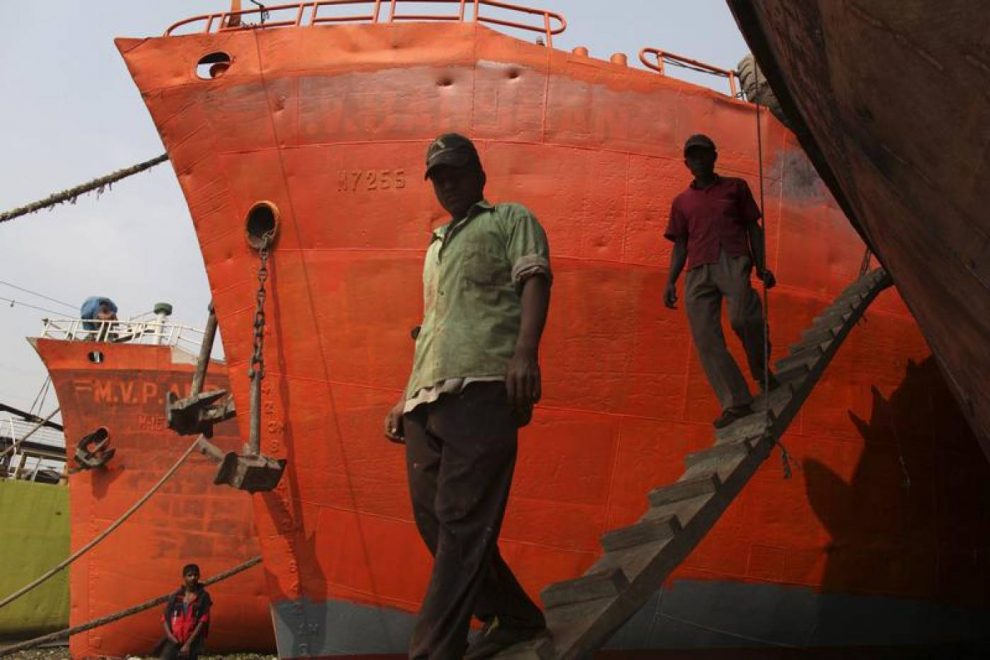 COVID-19 temporarily shuttered ship-breaking yards in Bangladesh, one of the world’s main destinations for end-of-life vessels, delaying safety reforms ahead of a 2023 deadline.

Almost all of the 70 active yards in Bangladesh have submitted Ship Recycling Facility Plans since 2019, according to the Ministry of Industries – a key reform as Bangladesh readies to join a global treaty to make the industry safer.

But only one yard has implemented its plan, which details how ship recycling facilities will be run in a safe and environmentally-friendly way.

“The yards closed down due to COVID for a few months and they suffered losses as well,” a government official, who declined to be named because he was not authorised to speak to the media, told the Thomson Reuters Foundation.

“Because of COVID the progress they made did not meet our expectations.”

The majority of the world’s end-of-life ships, often full of toxic substances, are broken down by hand in South Asia, with minimal rules to ensure environmental and worker safety, according to campaigners.

Bangladesh handled about a third of some 670 ships scrapped worldwide last year, according to NGO Shipbreaking Platform, a coalition campaigning for safer ship recycling, in a sector that provides thousands of Bangladeshis with work.

Bangladesh has given itself a deadline of 2023 to clean up the industry, after which it plans to ratify the 2009 Hong Kong Convention, which aims to improve hazardous working conditions in ship recycling facilities worldwide.

The Hong Kong convention will come into force when approved by countries that break 40% of the world’s ships by tonnage. Currently, it is at almost 30%.

About seven Bangladeshi workers have died this year, down from 24 in 2019, said non-profit Young Power in Social Action.

A 35-year-old man died last week after falling from the engine room of a ship being broken in the southeastern port of Chattogram, home to most of Bangladesh’s yards.

“We are very sad to lose a member of our family this way … we provide all our workers with the necessary protective gear and this was an unfortunate accident,” said Anwar Alam, managing director of the yard, M. A. Ship Breaking.

The reforms required to meet the new safety standards are expensive and challenging, said Zahirul Islam, managing director of PHP Ship Breaking and Recycling Industries – the only yard in Bangladesh to have implemented its plan.

Islam said his firm had to undergo a “paradigm shift”.

“We invested $7 million for this, for developing infrastructure and also for training our workers. We send our safety officers to India and Singapore. We also bring trainers from Europe to train our workers here,” said Islam.

Initially, there was resistance when workers who used to work in bare feet had to start wearing gum boots, safety shoes, helmets and boiler suits.

“The workers needed some time to adapt, but now they are comfortable. The changes have brought the risk factors to almost zero,” said Islam.

With almost 500,000 cases and nearly 7,000 deaths in Bangladesh, according to Johns Hopkins University, yard owners have experienced losses and it has been hard to find workers to build infrastructure to realise their plans, Islam said.

“We expected about 60 yards to develop as per the plans by 2023, but now that might come down to about 45,” said Islam, who works with the government to help yards implement their plans.

“Unfortunately, due to COVID, the process, will likely be delayed by a year.”