Home Newsfeed Coronavirus impact on GDP will be felt for years to come: Fitch 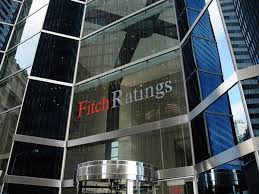 The impact of coronavirus will continue for years as GDP levels in the largest advanced economies remain around 3 to 4 per cent below their pre-virus trend path by the middle of this decade, Fitch Ratings has said in a new report.

Huge uncertainties surround the economic outlook in aftermath of the massive shock in H1 2020. The path that the coronavirus outbreak will take is unknown.”Repeated waves of new infections and renewed nationwide lockdowns could see a very sluggish recovery while medical breakthroughs could result in a rapid normalisation of economic activity,” said Fitch in the report.

A reasonable base-case working assumption for the purpose of economic analysis is that the health crisis gradually eases over time, with renewed nationwide lockdowns avoided and virus containment sought through more targeted responses.

These revisions partly reflect the expectation of a rise in long-term unemployment in aftermath of the shock.

“The jobs shock is likely to see many workers — particularly in the most adversely affected and labour-intensive travel, tourism and leisure sectors — struggle to find re-employment quickly, resulting in detachment from the labour market,” said Fitch.