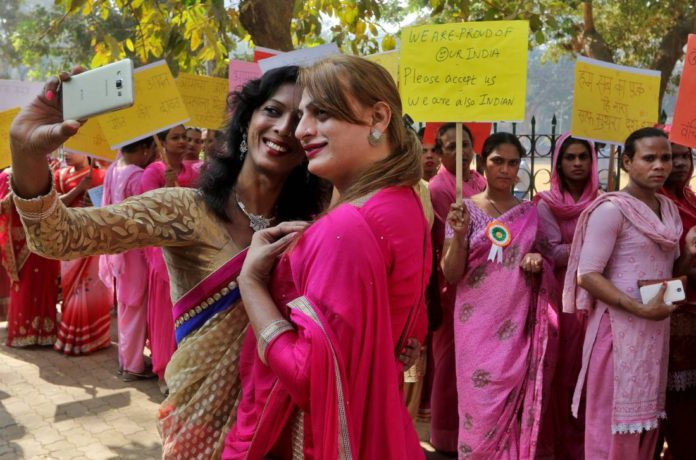 NEW DELHI: Discrimination, housing and the impact of COVID-19 are among the top priorities for India’s new National Council for Transgender Persons, two trans members said on Tuesday.

India is seen as a global leader for its efforts to improve the lives of an estimated 2 million trans people, who face prejudice in the largely conservative country and mostly survive through begging, performing at weddings or selling sex.

“One point that runs as a spinal cord in all of this is stigma and discrimination,” said Laxmi Narayan Tripathi, one of India’s highest profile trans leaders and a member of the council, which she described as “historic”.

“We have to get down to work with a big advocacy plan to end this,” Tripathi, who was a petitioner in a landmark 2014 court ruling which recognised trans people as a third gender with equal rights, told the Thomson Reuters Foundation.

Trans people are often denied access to jobs, education and healthcare – three areas that Tripathi, a founder of the Asia Pacific Transgender Network, highlighted as priorities, along with shelter.

The council aims to ensure equality by advising on and monitoring government policies and to “redress the grievances” of trans people, according to a 2019 law to protect trans rights, which provided for its creation.

Headed by the social justice minister, the council will be packed with representatives from a dozen federal ministries and departments, including health, housing and employment, and state governments, as well as five trans representatives.

But members were unclear what, if any, formal powers the council would have.

Some hope the council will look at the impact of the new coronavirus on trans people, who have been among those worst hit by India’s months-long lockdown, which halted sex work and weddings and passenger trains – a popular site for begging.

“While certain government schemes have helped them, including pension and food ration, others have not reached them,” said Meera Parida, who chairs the All Odisha Third Gender Welfare Trust and a member of the council.

Parida said she would try to make it easier for trans people hit by the pandemic to access government support programmes such as housing and affordable rent.

The council is already facing criticism from some within the trans community, days after its formation.

“(The council) is a validation to the process of bureaucratic bulldozing of our lives and experiences and deciding on behalf of us,” she said.

Tripathi said trans people from all backgrounds would get a chance to be a part of the council as each member had a tenure of three years.