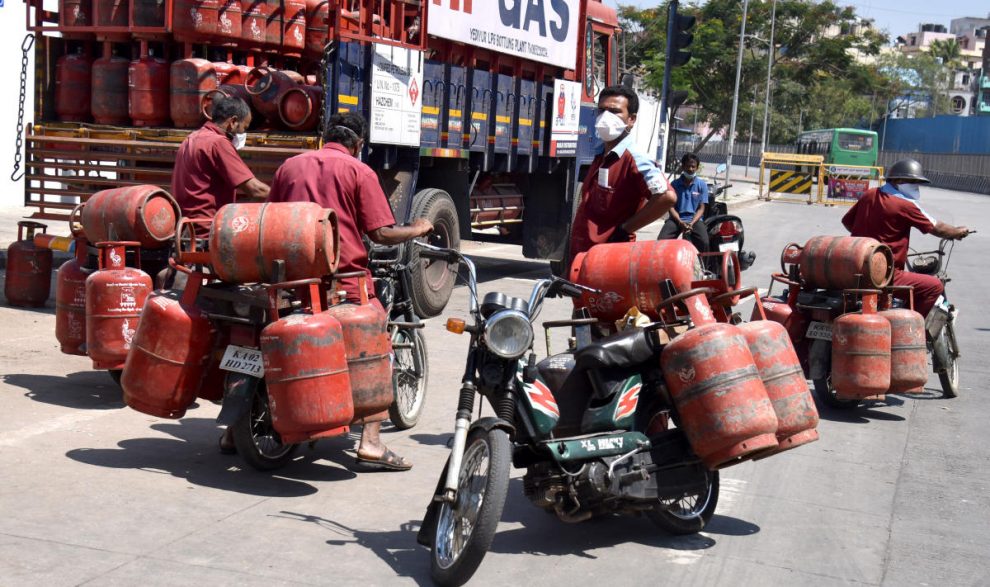 New Delhi: Domestic cooking gas LPG price on Wednesday was increased by Rs 25 per cylinder – the second straight month of increase in rates.

Subsidised LPG now costs Rs 859 per 14.2-kg cylinder in Delhi, according to a price notification of oil companies.

This is the second straight month of a price increase. Rates were hiked by Rs 25.50 per cylinder on July 1.

Non-subsidised LPG rates were increased on August 1 by the same proportion, and now the subsidised cooking gas prices have been raised.

There is hardly any difference in the rate of subsidised and non-subsidised cooking gas.

Industry sources said the subsidised LPG price was not raised on August 1 because Parliament was in session and the government could have been attacked by the opposition.

The latest increase in subsidised LPG price now has taken the cumulative rate hike since January 1 to Rs 165 per cylinder.

The government eliminated subsidies on LPG by raising rates every month. These monthly increases led to the elimination of subsidies by May 2020.

Meanwhile, diesel prices were cut by 19 to 21 paise across the country, while petrol prices remained unchanged, according to the price notification.

This is the first change in price in over a month. Petrol continues to remain unchanged at Rs 101.84 a litre in Delhi.