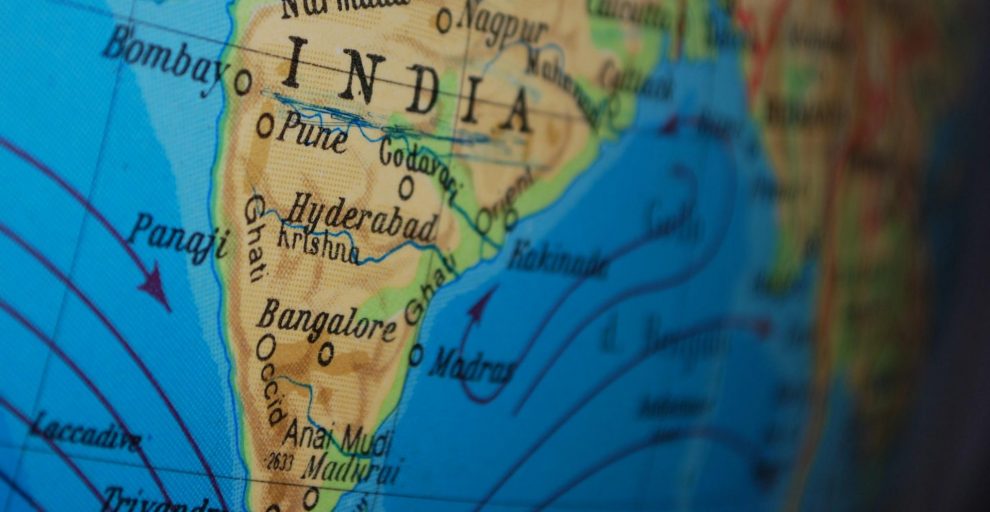 India’s maritime security has been increasingly threatened by China over the past decade. Beijing’s ‘nine-dash line’ claim in the South China Sea (SCS), its false claim of a historical “maritime silk road” to the Indian Ocean Region (IOR), and the Belt and Road Initiative (BRI), along with its rise as the world’s largest naval power, have made it a disruptive force in the Indo-Pacific Region (IPR).

Beijing’s territorial expansionism and economic imperialism have also provoked a response from a growing number of regional and extra-regional actors. France and Germany are among the latest adoptees of the IPR concept. This commentary will explain how Paris and Berlin’s material and normative interests in the IPR overlap New Delhi’s.

India’s maritime security is ensured by the development of national capacity and the preservation of ‘regional multilateralism’ in the Indian Ocean Region (IOR). These two priorities operate within New Delhi’s primary and secondary interest areas, i.e. areas that are closer (IOR) and farther away (IPR), respectively.

French “openness” to, and German “promotion” of, bilateral and multilateral capacity-building measures on climate change, digital technologies, human rights, military technology, etc. not only meet India’s growing capacity needs in the IOR, but also empower its predominance in the larger IPR. While Paris, Berlin, and New Delhi use different terminologies, the values they embody are by and large similar.

There appears to be continuing concern about the European Union’s (EU) economic dependence on China impairing truly effective responses. However, growing scepticism about the future of EU-China relations, a “strong need for an international mobilisation to counter” Beijing’s unilateralism in the China Seas, and determination to balance the economic relationship showcase France and Germany’s willingness to stand up to China.

Paris’ desire to “avoid hegemony” is similar to Berlin’s desire to “avoid unilateral dependencies.” Both are matched by New Delhi’s emphasis on the respect for territorial sovereignty, developing collective security, and preserving equal economic opportunity in the region. All three appear to subscribe to the essence of a “free, fair, open and rules-based” Indo-Pacific.

Having said that, French and German interests in the region differ. France, unlike Germany, still retains a number of territories in the IPR. Approximately 94.25 per cent of its exclusive economic zone is in the IPR; 30 per cent it in the IOR. France—again, unlike Germany—has a significant military presence in the region. Besides the protection of its departménts to the west near the Mozambique Channel, and territories to the south near the Antarctic Shelf, French troops in the IOR are engaged in a number of multilateral commitments. As a result, India’s partnership with both countries will also be different.

New Delhi’s primary maritime security priorities in the IOR, particularly in the west, from the Arabian Sea to the Laccadive Sea to the Cape of Good Hope, are mirrored by Paris’ regional priorities. Sustained military cooperation with France would best fit India’s approach to its primary interests.

A joint security partnership, driven by India-France maritime cooperation in the western IOR, and focused on sea lines of communication (SLOC)-protection, surveillance, anti-piracy/terrorism, and humanitarian assistance (HA)/disaster relief (DR) missions will allow India to maintain its ‘net security’ provider status in the IOR. The 2018 logistics agreement lays the foundation for this synergy. Such a partnership will develop mutual capacity as well as set standards for collective regional security for other actors in the IOR, some of whom still retain traditional ties with France. The recently held India-France-Australia trilateral also signals Paris’ interest in enhancing involvement in the larger IOR.

While the Indo-German partnership may not be so muscular, Berlin’s normative, regulatory, and economic power, and its current position as president of the EU Council, makes it a critical partner in preserving and promoting a more multilateral spirit in the IOR and the wider IPR. The German Indo-Pacific guidelines and the joint French-German “Alliance for Multilateralism” offer a robust framework for longer-lasting ‘theme-based’ networks in the IPR. By moving beyond security to include issues such as human rights and climate change, the German approach to the IPR broadens the scope for multilateral cooperation.

Such networks will help foster greater geo-economic and geopolitical relationships with actors beyond India’s primary areas of interest in East Asia and West Africa. It will lend weight to counter-balancing Beijing’s disruptive global agenda. Given that the French and German visions are eventually expected to feed into a larger common EU vision for the IPR, the convergences with India will give New Delhi a springboard to build a long-term geostrategic partnership with the EU.

India’s geo-strategic orientation is compelled by the ongoing standoff with China. It is also influenced by its relationships with Japan and the US. The concept of the IPR—its origins in the “confluence of the seas”—has guided New Delhi to take on a more Pacific-oriented approach, i.e. the Act East policy,  “Malacca Dilemma”, Andaman Nicobar Command, Quad, etc.

Partnering with France and Germany will provide India the opportunity to strengthen extant relationships in its primary and secondary interest areas (through collective security and regional multilateralism). It will also wean New Delhi away from its current Pacific-oriented approach to a more comprehensive view of maritime security in the IOR.

India: How COVID-19 accelerates malnutrition in women and children
Conflict Weekly: IS terror in Vienna and Kabul, new controversy along Nepal-China border, and a boundary dispute in India’s Northeast
Comment