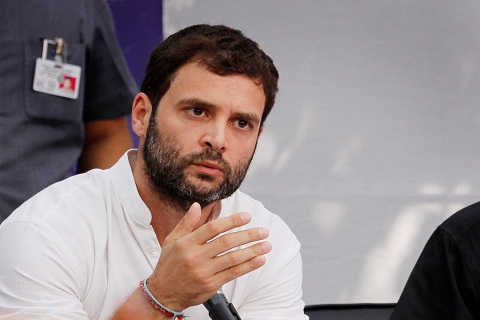 Jammu: Congress leader Rahul Gandhi will be arriving in Srinagar on Monday evening for a two-day visit.

He is scheduled to meet party leaders and inaugurate the newly constructed party headquarters on MA Road on Tuesday morning.

On Tuesday evening, J&K Congress president Ghulam Ahmad Mir will host a dinner for Gandhi and other politicians and senior Congress leaders.

“I have invited lieutenant governor Manoj Sinha and other leaders for dinner as well. I am hosting the dinner in honour of my son, who got married a few days ago,” said Mir.

Gandhi will visit the Hazratbal shrine and Shankaracharya temple during his stay in Kashmir. This is his first visit to J&K after the abrogation of Article 370 on August 5, 2019.

On August 5, 2019, the Central government nullified Articles 370 and 35(A), which gave the erstwhile state its special status and the mandate to define its domicile rules. Political parties in Jammu and Kashmir have vowed to continue their struggle for restoration of statehood.

On July 28, minister of state for home affairs Nityanand Rai told Rajya Sabha that the statehood for Jammu & Kashmir would be granted after “normalcy is restored”.