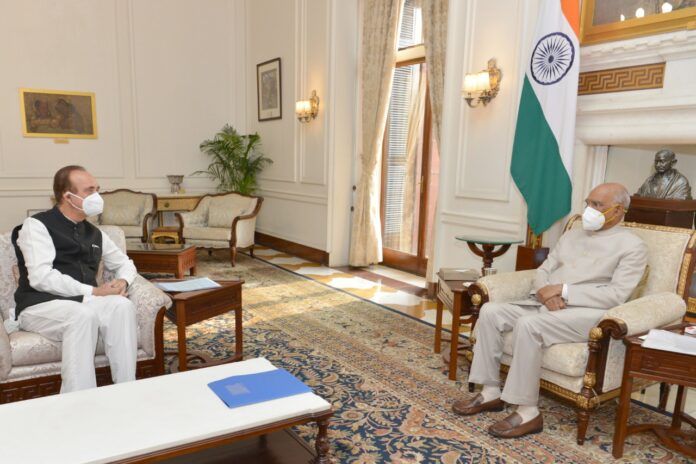 Azad met the President and handed over a memorandum, urging him to not give his assent to the farm bills cleared by Lok Sabha and Rajya Sabha.

“There was no division of votes, no voice voting. Constitution was undermined in the temple of democracy. We have given a representation to president that farm bills have been passed unconstitutionally and he should return these bills,” he was quoted as saying by news agency ANI.

The government should have consulted all parties and farmer leaders before bringing the bills, Azad said after meeting the President.

Previously, it was decided that leaders of five Opposition parties – Congress, TMC, Samajwadi Party, TRS and DMK – will meet the President to raise the issue but due to Covid-19 safety protocols the parties decided to submit the memorandum through Azad.

The Opposition has launched a staunch protest against passage of two agricultural bills — the Farmers (Empowerment and Protection) Agreement on Price Assurance and Farm Services Bill, 2020 and the Farming Produce Trade and Commerce (Promotion and Facilitation) Bill, 2020 — by voice vote in Parliament on Sunday.

Several leaders from the Opposition including TMC’s Derek O’Brien and Aam Aadmi Party’s Sanjay Singh entered the well of the Rajya Sabha demanding that the bills be sent to a select committee. The ruckus ensued and resulted in the suspension of eight Rajya Sabha MPs, including O’Brien and Singh, who then camped overnight in Parliament complex in protest.