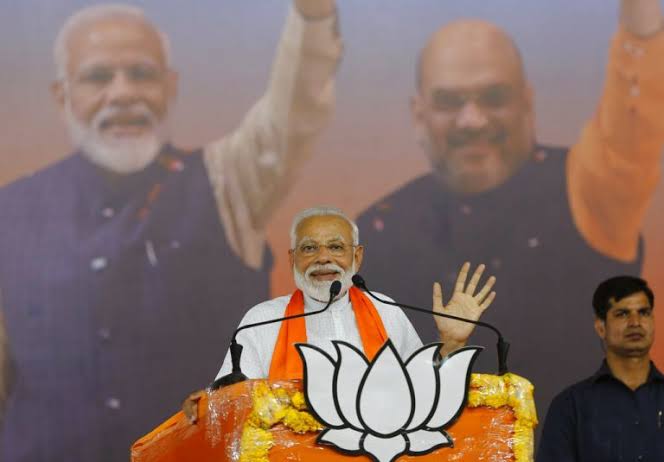 Prime Minister Narendra Modi on Tuesday hit out at the Congress party and its allies over the Citizenship Amendment Act saying they are instigating Muslims for political purposes.
Speaking at his last rally in the Jharkhand assembly elections in Barhait, Modi said, “The Citizenship Amendment Act does not take away any rights of an Indian citizen or cause any harm. The Congress and its allies are instigating Muslims for political purposes.” “This act is for those people who have been in a very miserable condition for a long time. The Act we made is for the people who have been suffering religious persecution in the three neighbouring countries and have come to India because of it. So where is the infringement of rights of any Indian Muslim or any other Indian?” the Prime Minister asked.

“I challenge the Congress and their allies that if they have the guts they should openly declare that they will give Indian citizenship to every Pakistani citizen and that they will bring back Article 370 in Jammu-Kashmir and Ladakh,” Modi said.
“Stop this guerilla politics. The Indian Constitution is our only holy book. I appeal to the youth in colleges to debate our policies, protest democratically. We will listen to you. But some political parties and urban Naxals are firing from your shoulder,” Modi added.