Home Jammu & Kashmir Congress is the only alternative for development of J&K: Masood Chowdhary 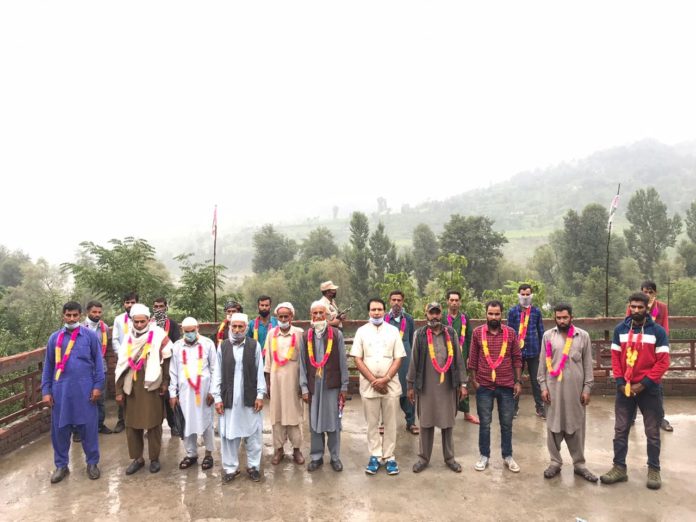 While Welcoming the newly aspirants in the party fold, Masood Chowdhary said that the people of the state have already lost faith in BJP and other local political parties . Todays new joining of  workers in the party fold is a big jolt for those parties who have failed to fulfill the aspirations of the people

Speaking at the occasion Masood Chowdhary highlights the achievements of congress party during the tenure of UPA government. He said that congress is the only alternative in the Jammu and Kashmir for development and is the only secular force to defeat the communal powers .

Masood Chowdhary said that there is no development activity in Darhal – Budhal Constituency for decades and public is facing hardship in present situation due to crisis as COVID-19 is spreading day by day he demanded free ration for poor public of Darhal and Budhal. He demanded to reformed the power rent to the poor people due to COVID – 19. He also demanded that medical facilities be upgraded in tehsil Kotranka