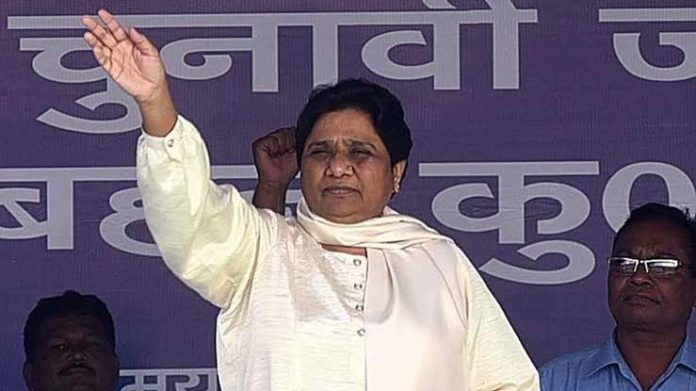 Bahujan Samaj Party chief Mayawati on Thursday hit out at Congress party for opposing the Constitution (126th Amendment) Bill, 2019 which seeks to extend the reservation for SCs and STs in Lok Sabha and state assemblies by another 10 years till January 25, 2030.

Cornering Congress, Mayawati took to Twitter and wrote: “The 126th Amendment Bill of the Constitution provides for extending the SC-ST reservation by 10 years. But by obstructing its passage in Rajya Sabha, the Congress has shown its anti-Dalit thinking.” “However, on the request of the Speaker, they (Congress legislators) came back to the House and then the bill was passed after a long delay,” she said.The Constitution (ST) Order (2nd Amend) Bill, 2019 was passed today in Rajya Sabha.On Monday, Union Minister Ravi Shankar Prasad had introduced the Constitution (126th Amendment Bill) 2019, in the Lok Sabha.

Interestingly, the amendment does away with the reservation provided to the Anglo Indian community in the Lok Sabha and state legislatures.”Although SCs and STs have made considerable progress in the last 70 years, the reasons which weighed with the constituent assembly in making provisions with regard to the aforesaid reservation of seats have not yet ceased to exist. Therefore, with a view to retaining the inclusive character as envisioned by the founding fathers of the Constitution, it is proposed to continue the reservation of seats for the Scheduled Castes and the Scheduled Tribes for another 10 years, that is up to 25 January 2030,” the proposed Bill states.

The need for bringing in the Bill was felt as the current reservation provision ends on January 26, 2020, and the government wants to get the approval of the Parliament ahead of the deadline.The move by the Narendra Modi government is significant as the BJP is often portrayed as being anti-reservation.Sources stated that this step is expected to send across a message that the Narendra Modi government is with the marginalised sections of the society.