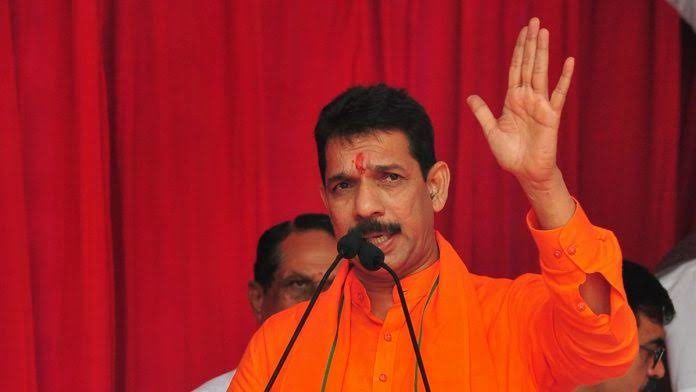 Karnataka BJP president Nalin Kumar Kateel has said that the Congress is growing like an “anti-national party” and accused it of creating “terror” in the country.
“Congress wants to create riots. Party leaders expected riots in Kashmir issue, Ayodhya issue, but failed. A distressed Congress party is now eyeing on current issues, it’s growing like an anti-national party, and creating terror in India,” Kateel said at an event here on Tuesday. Meanwhile, Karnataka BJP MLA Basangouda Patil Yatnal on Tuesday called Congress leader Rahul Gandhi a “Pakistan agent” and said that Congress is trying to “provoke a community”.
“Pakistani agents (Congress) are misleading the people, Rahul Gandhi is basically from Pakistan and he is a Pakistani agent. Atrocities are taking place against Hindu girls in Pakistan, Afghanistan,” Yatnal told reporters.
“Congress and so-called pseudo-secular parties are trying to provoke a community of the people,” he added.