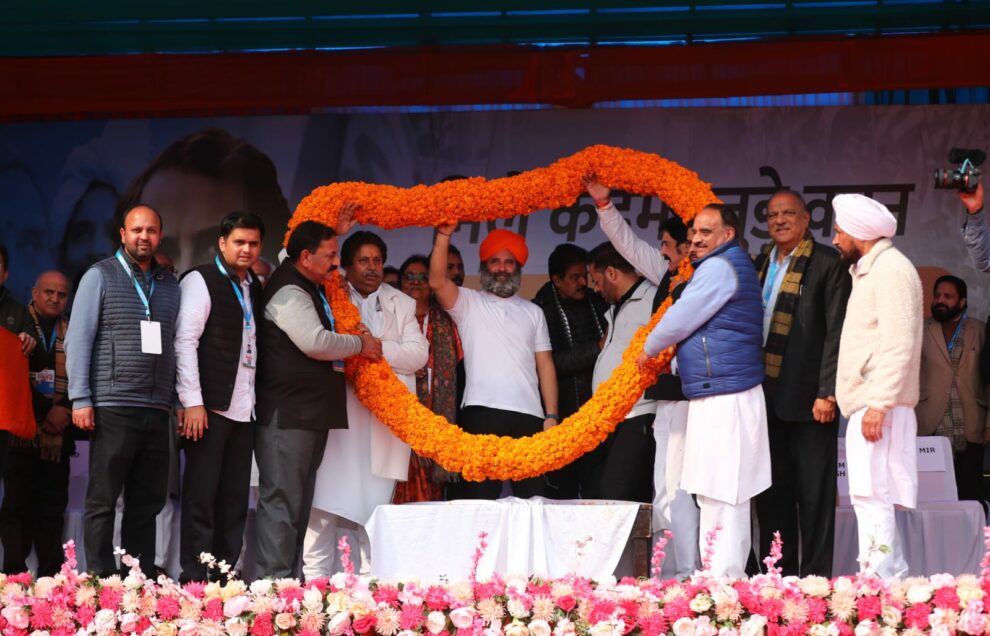 JAMMU: The demand for statehood is Jammu and Kashmir’s biggest issue and the Congress will use “our full power” to get it reinstated, party MP Rahul Gandhi said on Monday as his Bharat Jodo Yatra arrived here to a grand welcome. 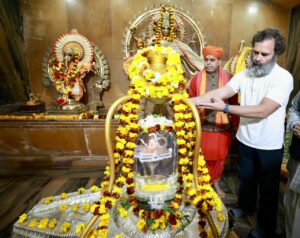 Gandhi, who met a cross section of people from Jammu and Kashmir during his yatra, said J&K has the highest level of unemployment in the country.

“The Congress party will fully support you and your statehood (demand). To reinstate statehood, the Congress will use our full power,” Gandhi told a gathering at the Satwari Chowk here.

“Statehood is your biggest issue. There is no big issue as big as statehood. Your right has been snatched,” he said.

Gandhi said he spoke to a cross section of people from J&K during his yatra and they raised their issues. He said they told him that their voices are not being heard by the administration. “The entire trade is being run by outsiders and people of J&K watch them sitting haplessly,” he said.

Gandhi said Jammu and Kashmir has the highest level of unemployment in the country. Youngsters aspire to become engineers, doctors and lawyers but they find they cannot, he said.

“There was another way (to get employment) earlier. It was with the Army. It has also been closed now by a new scheme, called Agniveer, introduced by BJP. That path is also now closed,” he said. 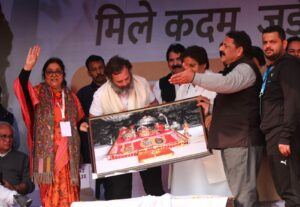 In August 2019, the NDA government revoked Article 370 which gave special status to Jammu and Kashmir and proposed the state be divided into two union territories, Jammu and Kashmir and Ladakh.
Alleging that Kashmir Pandits are facing injustice at the hands of the government, Congress leader Rahul Gandhi on Monday asked Jammu and Kashmir Lieutenant Governor Manoj Sinha to apologise to the community for telling the prime minister’s package employees that they should not seek alms.

Gandhi made the statement shortly after a Kashmiri Pandit delegation called on him during his Bharat Jodo Yatra in Samba district earlier in the day and briefed him about their various issues including “targeted killings” by terrorists and the resultant protest by those employed under the prime minister’s package.

“Injustice is being meted to Kashmir Pandits by this government…this morning, a delegation of Kashmiri Pandits met me and briefed me about their issues. I was surprised to know that their delegation was told by the lieutenant governor that they should not seek alms,” Gandhi told a gathering at the end of the day’s yatra at Satwari here.

Gandhi said he wants to tell the lieutenant governor that they are not demanding alms but are seeking their rights. “You (LG) should seek forgiveness from them (Pandits),” he said.

Earlier, social activist Amit Koul, who was part of the delegation, said they have invited Gandhi to their Jagti township along the Jammu-Srinagar National Highway and that he is likely to visit the community on his way to Kashmir.
“We had a very good interaction with Gandhi and we briefed him about the issues of the community, especially the prime minister’s package employees who were provided jobs by the previous UPA government led by Manmohan Singh. They are on protest over the past six months in Jammu and their salaries have been withheld,” Koul told PTI after meeting Gandhi.

Nearly 4,000 Kashmiri Pandits are working in different departments in Kashmir Valley after their selection under the prime minister’s employment package announced in 2008. The package has two major components — 6,000 jobs for the youth from the community and building as many accommodation units for the recruited employees.

However, many of the employees fled to Jammu after one of their colleagues, Rahul Bhat, was shot dead by terrorists inside his office in Budgam district on May 12 last year in what was described as a case of targeted killing. They are on a strike demanding their relocation out of the Valley.