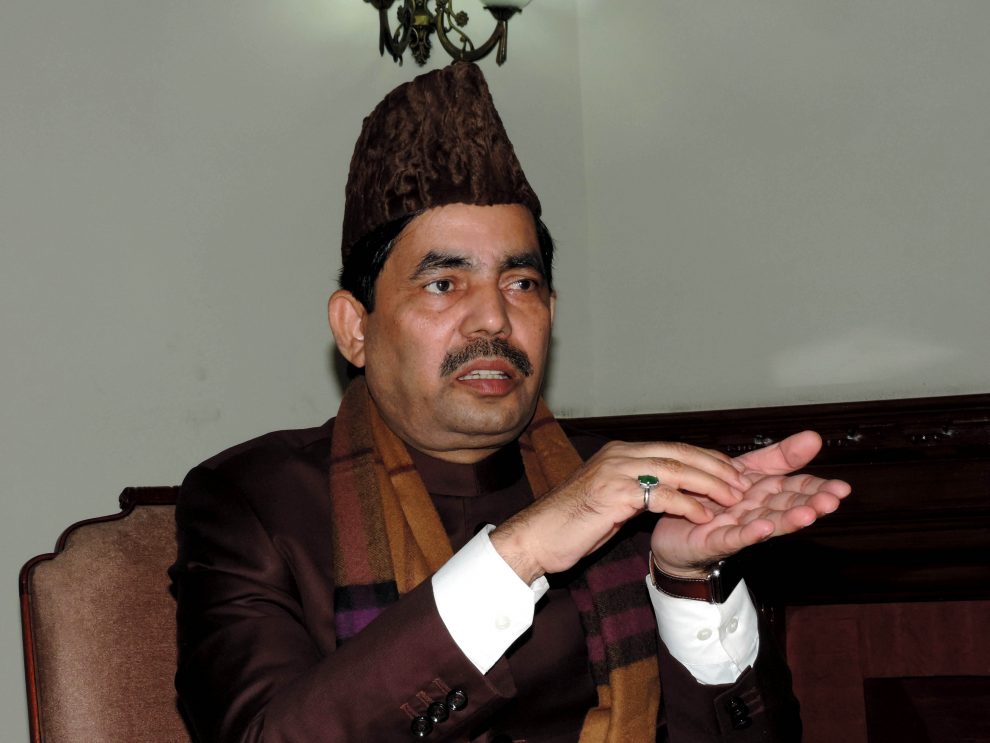 Srinagar, Nov 22: Alleging that the Congress party was not serious about fighting elections in the country anymore, Bharatiya Janata Party (BJP) National spokesperson Syed Shahnawaz Hussain on Sunday that Rahul Gandhi is only doing tourism politics.

“I appeal to the people of J&K to join PM Modi on the path of development. We are at the centre and will stay there for a very long time because Rahul Gandhi is only doing tourism politics. He stayed in Bihar for two days (during elections) and then went to Shimla for holidays,” Mr Hussain told UNI in an interview.

He said Congress was not serious about politics anymore.

The senior BJP leader said Bihar has 24 hours electricity and BJP will give 24 hours electricity in J&K as well. “All the villages will be connected via roads. Students from J&K will have the best colleges and universities in the UT and won’t have to go to other states for higher education,” he said.

Alleging that the Congress is scared of BJP, he said the party is still in an alliance with the PAGD behind the curtains. “Congress leaders have had sleepless nights due to PM Modi and Home Minister Amit Shah. It was only after Mr Shah exposed that Congress was a part of the Gupkar gang, they distanced themselves from the alliance,” he said.
“Congress was part of the Gupkar alliance secretly and when we exposed them, they claimed that they had nothing to do with it…. Because they (Congress) feel if it remains a part of Gupkar Alliance its name will be changed from ‘Congress I’ to ‘Congress Gupkar’ and they will have to answer the people in rest of the country. Congress has taken a step back in fear of repercussions,” he said.

He said many projects couldn’t be started in the valley due to the outbreak of COVID-19, but would be started soon.

However, Mr Hussain said that the people of J&K have full faith in Prime Minister Narendra Modi and his ‘Sabka Sath, Sabka Vikas’ mantra.