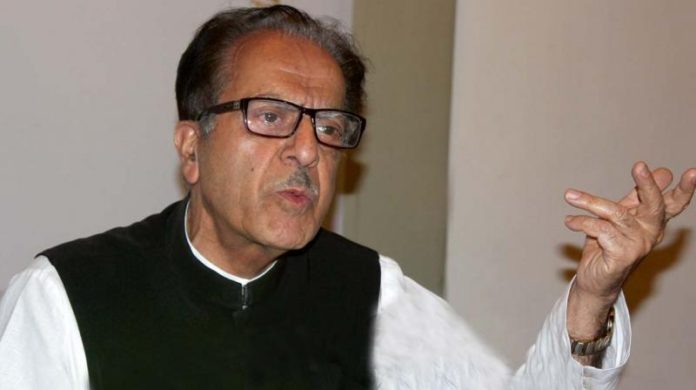 Senior Congress leader and former Union minister Saifuddin Soz on Thursday said he would sue the government for his “unlawful house arrest” since August 5 last year, when the Centre revoked the special status of Jammu and Kashmir, and termed the government”s response in the Supreme Court that he was not under detention as “falsehood”.
“I take a strong exception to the government stand before the Supreme Court that I had neither been put under house arrest nor had any restrictions been imposed on me since August 5, 2019,” Soz said in a statement here.

He said the government has resorted to “falsehood as it had unlawfully incarcerated me since August 5, 2019”.

The former Jammu and Kashmir Pradesh Congress Committee (JKPCC) president added that he has decided to sue the government for his “unlawful” house arrest.

In an affidavit before the Supreme Court, the Jammu and Kashmir administration had said Soz was “never detained nor under house arrest” and there are “no restrictions on his movement subject to security clearance”.

The government”s affidavit came in response to a petition by Soz”s wife, seeking her husband”s release from “illegal detention” and to be brought before the court.