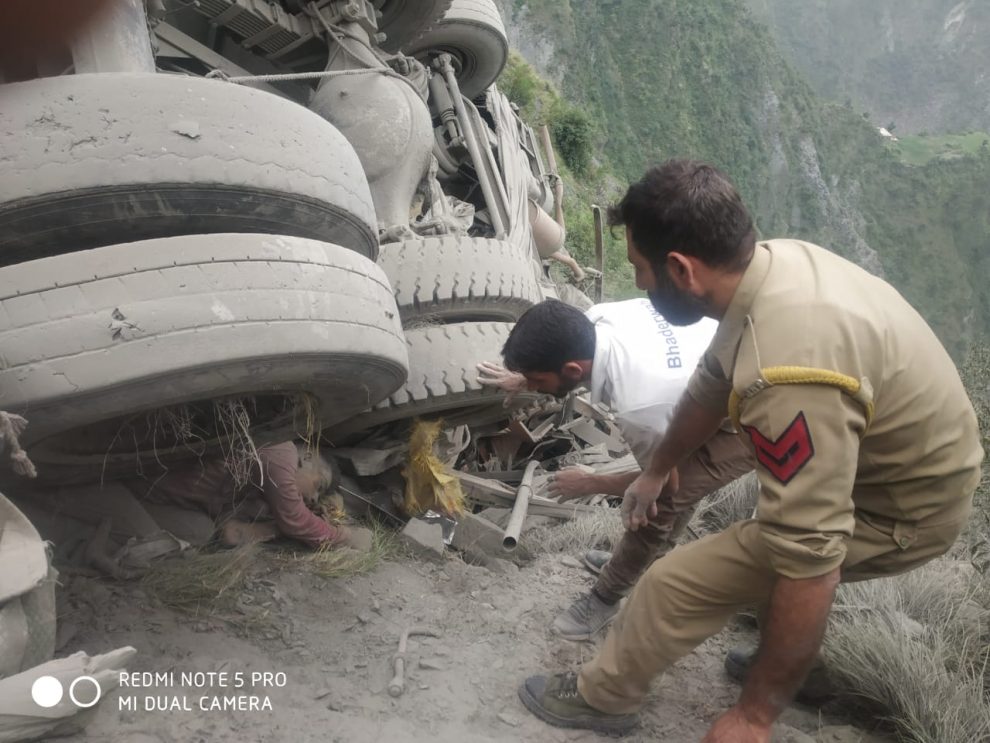 RAMBAN: The conductor of a cement-laden truck was killed while the driver was critically injured after the vehicle skidded off the road and rolled down into a deep gorge at Monkey Morh in Ramban district on Sunday morning.

A police official told that a truck bearing registration number JK-14E 6413 loaded with cement bags skidded off the road and rolled down into a deep gorge. In the incident, he said, the conductor of the vehicle namely Shalinder Singh son of Kaka Ram from Sewena Satyalta Udhampur died on the spot with the driver namely Rattan Singh son of Sher Singh from Bhaga, Reasi having suffered critical injuries.

The injured driver was shifted to District Hospital Ramban besides the body of the conductor also retrieved from the spot and taken along to DH Ramban for conduct of necessary medical formalities, the official said.

The Police party, QRT and especially ROP of the army played a significant role in the evacuation of injured and retrieval of the body from the spot, the official said. SHO Ramban Pradeep Sharma confirming the incident said that the body of conductor would be handed over to the family on conduct of necessary medico-legal formalities. (GNS)