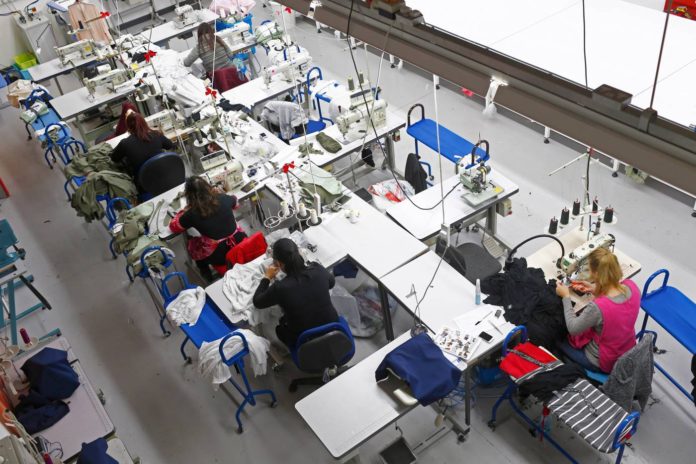 LONDON: A government taskforce and proposed factory licensing scheme are unlikely to prevent labour abuses in Britain’s garment industry without the involvement of trade unions and community groups to help workers, several advocates in the city of Leicester said.

The textile sector in Leicester, central England, has been in the spotlight this month after media reports that suppliers to brands such as Boohoo and Quiz were paying workers as little as 3 pounds ($3.80) an hour – less than half the minimum wage.

The two companies vowed to investigate and take action but have faced criticism for cutting or suspending ties with suppliers rather than helping them to improve labour conditions.

Home secretary Priti Patel last week said a cross-government taskforce “will be on the ground” soon in Leicester, while the retail sector’s lobby group on Monday called for factories to be licensed to tackle issues including low pay and forced labour.

But such a top-down approach will do little to reassure workers or address their inability to join trade unions, demand better conditions, or report abuses without fear of being fired or deported, said local campaigners and community organisers.

“We need a community development approach, to work door-to-door … for people to be able to organise, get support within the community and have a decent standard of living,” said Mark Mizzen of the Leicester Unemployed Workers Centre, a charity.

Yet organising is difficult as employers do not have to allow access to unions and most suppliers in the city have a small number of workers on a casual basis, activists said.

Industry experts say labour exploitation in Leicester – home to about 1,500 textile factories and 10,000 garment workers – has long gone unaddressed despite various exposes in recent years and a parliamentary probe into the matter in 2019.

Garment workers in the city – many of whom come from South Asia – are unlikely to speak out, often because they lack the right to work or live in Britain or cannot afford to lose their jobs no matter how low-paid or exploitative, campaigners said.

Charities said the criminalisation of undocumented migrant workers should be repealed and called for the reporting of workplace exploitation to be kept separate from immigration enforcement, as well as a local helpline dedicated for workers in Leicester.

A group of lawmakers, investors and brands, including Boohoo, have urged the government to set up a statutory licensing scheme to prevent rogue businesses from accessing the market and undercutting legitimate fashion manufacturing firms.

“While there is no silver bullet, licensing is a critical step toward resolving (labour exploitation),” said Helen Dickinson, chief executive of the British Retail Consortium.

But trade union GMB said the scheme would be ineffective without the involvement of unions and that brands should only give contracts to suppliers that agree to collective bargaining.

“If (the licensing scheme) is just a tick-box exercise, and based on audits, bad employers will cover abuses up, find a loophole and get around it,” said GMB officer Colin Whyatt.

Unions and activists have called for laws requiring retailers to publish details of their suppliers and audits, and making them responsible for any abuses in their supply chains.

Despite getting the green light from brands for the project, the promised funding never materialised, local organisers said.

Nigel Venes of the Ethical Trading Initiative (ETI), a group of unions, firms and charities that was present at the meeting, said several brands were committed to raising standards in Leicester but warned that a more holistic approach was needed.

“This saga has exposed the futility of audits, lack of government inspections and limited power of regulatory bodies,” said Venes, ETI’s strategic lead for apparel and textiles.

An employer in Britain can expect to a face minimum wage inspection every 500 years, while only 15 have been prosecuted for underpayment since 2007, according to government reports.

Authorities this month said they had found no evidence of modern slavery in initial visits to factories in Leicester.

Priya Thamotheram, head of the Highfields Centre and an advocate for local garment workers, said community-led outreach backed by funding and building trust in trade unions were vital to encourage workers to raise abuses and push for better terms.

One former garment worker in Leicester said he left the industry last year after seven years due to falling wages, and described a culture of secrecy and fear at local factories.

“Nobody comes to factories to ask workers about what they do, about how the bosses treat you,” said Abdul, who chose not to disclose his name or country of origin for fear of reprisals.

“Someone should come and check … and consult with workers from time to time.”