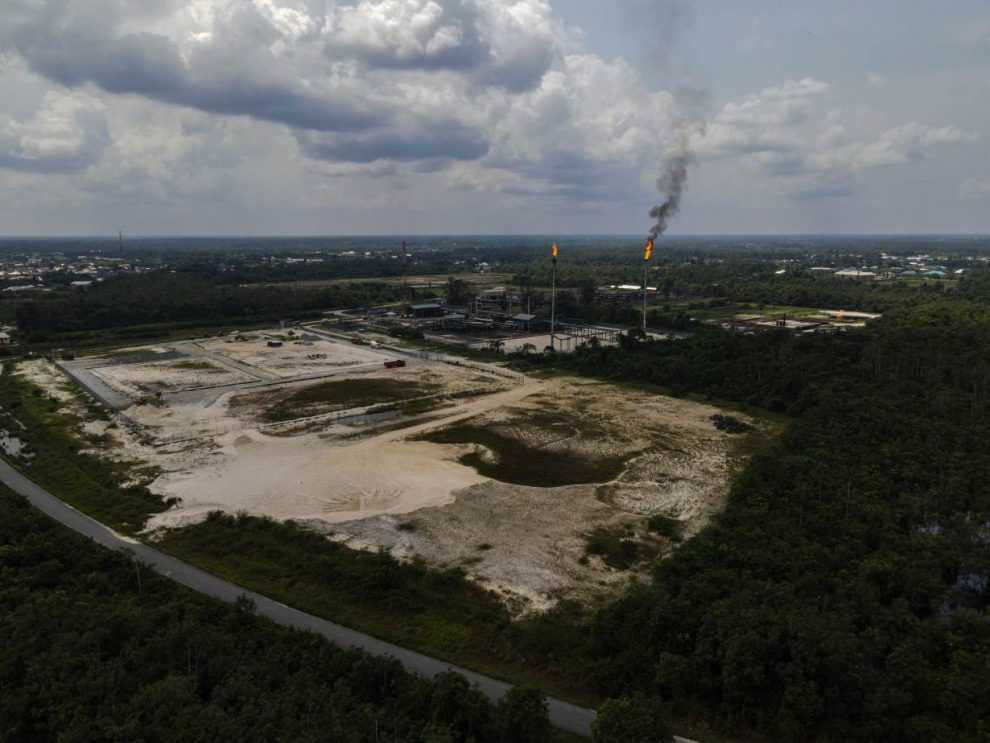 DAKAR: As a legal case over energy giant Shell’s planet-heating emissions kicked off in the Netherlands, activists said the health and livelihoods of people in Nigeria’s oil-producing region would hinge on its outcome.

Royal Dutch Shell faced its first court hearing on Tuesday in a lawsuit brought by environmental and human rights groups in The Hague, the company’s headquarters.

Seven green groups, including Greenpeace and Friends of the Earth Netherlands, filed the case on behalf of more than 17,000 Dutch citizens who say Shell is threatening human rights by knowingly undermining international climate goals.

They are demanding the company stop extracting oil and gas and align its business plan with a Paris Agreement aim to limit global warming to 1.5 degrees Celsius, which they say would mean Shell cutting its greenhouse gas emissions by 45% by 2030.

Shell has repeatedly said it supports the goals set out in the 2015 Paris accord to combat climate change and has an aim of reaching net-zero emissions by 2050.

In the Niger Delta, community members who said the oil giant’s activities had worsened their health for decades were hopeful the multinational might be forced to step up action.

“People are suffering. Our environment is our life,” said Jonah Gbemre, an activist from the town of Iwhrekan who sued Shell 15 years ago over its practice of gas flaring, which he said causes eye and breathing problems and reduces crop yields.

“People are sick. Personally, I have eye problems,” he told the Thomson Reuters Foundation.

Flaring is when the natural gas that is often produced as a by-product of oil extraction is burned off in a controlled way.

Nigeria’s High Court ruled in Gbemre’s favour in 2005, saying the practice violated human rights, but the burning of waste gas has continued as the case is still pending an appeal.

A Shell spokesman said the company had reduced routine flaring and remaining sites were in remote areas.

“We don’t have money to fight the government, to fight the multinationals,” Gbemre said by phone, adding he was hopeful the current case would have a bigger impact than his because it is happening in Europe.

Besides the problems caused by gas flaring, Gbemre said his community was suffering from increasing floods and rising sea levels linked to global warming, for which he also blames Shell.

Shell ranked ninth on a list of corporations with the highest greenhouse gas emissions globally from 1988-2015, according to a study by CDP Worldwide, an environmental charity.

ActionAid, another rights group involved in the case, said it hoped a ruling would bring relief for vulnerable communities in the Niger Delta and other parts of the world.

“For us, it’s about the destruction that happens, which pollutes air, water, and affects their livelihood options,” said Harjeet Singh, ActionAid’s global climate lead.

“It’s governments who are supposed to be clamping down on (oil companies) but that’s not happening,” he said. “That’s why we really wanted to bring it to court.”

The district court of The Hague plans to hold public hearings for the case on December 1, 3, 15 and 17.