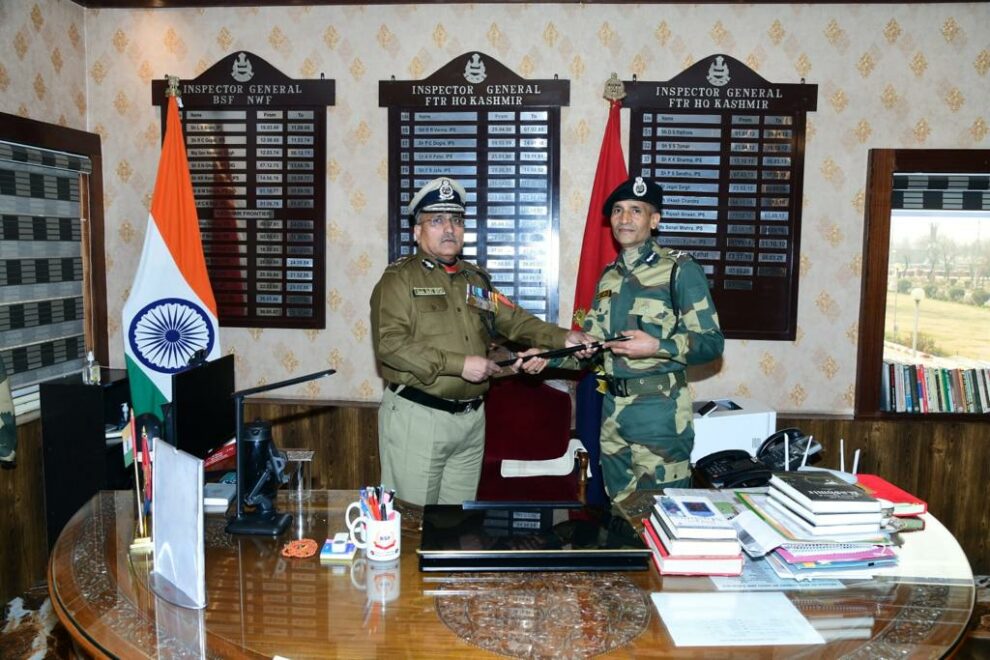 A spokesperson said Raja Babu commanded a very challenging Frontier of Kashmir for over one year and Kashmir Frontier has achieved tremendous success under his command.

The statement reads during his tenure, BSF along with Army achieved tremendous success on the LoC resulting in a decline in LoC related incidents.

“His tenure witnessed the mobilization of large numbers of BSF Coys for law and order duties in Kashmir. He was instrumental in the welfare of the “SEEMA PRAHARI” and developing basic infrastructure for troops deployed on LoC,” it added. I

t further reads in his farewell message, Raja Babu Singh complimented all ranks of BSF Kashmir Frontier for their dedication and thanked other organisations for their support.