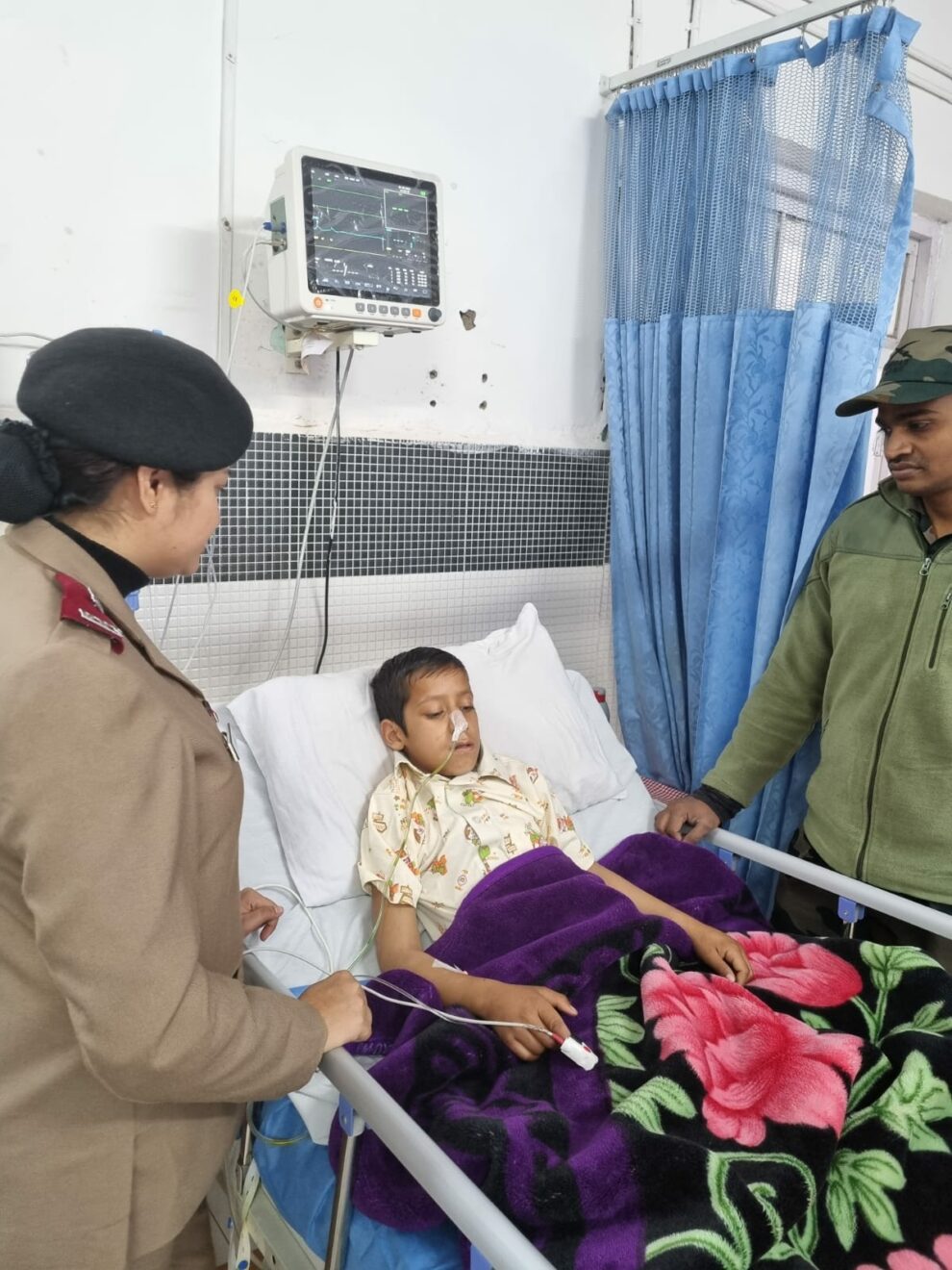 UDHAMPUR: A twelve-year-old boy from Maror village of Udhampur, suffering from a life-threatening condition was saved, courtesy timely intervention of Command Hospital Northern Command, a multi-specialty flagship hospital of the Army.

The minor faced severe pain in his abdomen and vomiting associated with dehydration. He was initially examined at district hospital Udhampur and was being planned to be referred to Jammu. However after receiving a request from office of Deputy Commissioner Udhampur, the child was brought to Emergency department of Command Hospital Northern Command for further management, where he was immediately attended to by a team of specialist medical officers and surgeon.

“Initial evaluation revealed features of perforation in intestine which were confirmed by CECT Abdomen. Being in a life threatening situation, the child was immediately wheeled in to operation theatre for conducting a life-saving surgery. The surgery revealed perforated small intestine leading to collection of pus and intestinal contents inside. The definitive surgery was performed successfully by the expert team of surgeons. Throughout the procedure the anesthesia team provided expert intensive care,” said an Army spokesman, adding that after the procedure child was shifted to ICU and was monitored for any complications.

The ICU of the command hospital with a state of the art life support equipment & is the lifeline for advanced medical care in the state of J&K.

“Presently the child is recovering and is in a stable clinical condition. The operation was a huge success as the team of medical professionals at Command Hospital Northern Command involved performed this complex surgery efficiently,” he said.

Every year, the hospital’s outreach programs, under the aegis of OP Sadbhavana, has attempted to provide contemporary tertiary level health care to the civil populace in the remotest corners of J&K.

The Corps motto of ‘Sarve Santu Niramaya’ is practiced in totality by the Doctors and Nursing officers of the hospital who have been rendering yeoman service towards the health care of troops, families, dependents veterans and the Awaam. The infrastructure including equipment and treatment facilities are comparable to the best in the country despite this hospital being located in a CI/CT environs, the spokesman said.