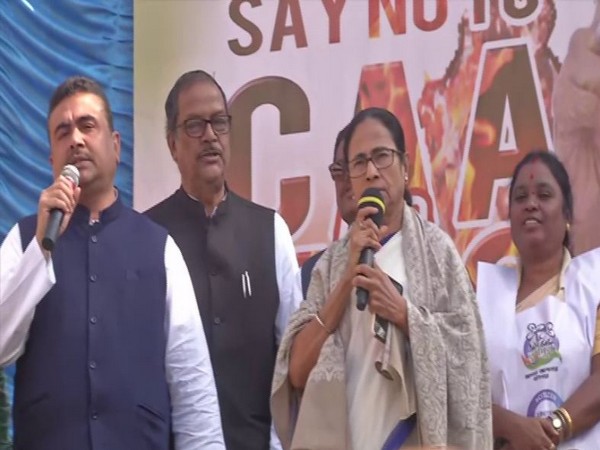 “India belongs to all of us. In West Bengal, whether a person is from Bihar, Uttar Pradesh, Rajasthan or anywhere else, everybody has the right to live and work here. BJP does not have the right to remove anyone from the country. The BJP has contracted to a few states in the country now in Gujarat, Uttar Pradesh and Karnataka. There will come a time when people would have to find BJP via binoculars,” she added.

She further appealed to the public requesting everyone to ensure that their names are there in voters list without any error.”Just do this much. We will not let the removal of a single person from the nation. This is our promise,” she said.The West Bengal Chief Minister further posed questions for the union government and said that she is committed to the movement against CAA.

“The movement took place in all parts of the country. The student community is involved in the movement. A student above 18 years old can vote and elect the Prime Minister but he cannot express his opinion. Is this a democracy? We support the movement against CAA,” she contended.

Protests erupted after the Citizenship Amendment Act, 2019, was passed in the parliament. The act seeks to grant Indian citizenship to Hindu, Christian, Sikh, Buddhist and Parsi refugees from Pakistan, Afghanistan, and Bangladesh and who entered India on or before December 31, 2014.