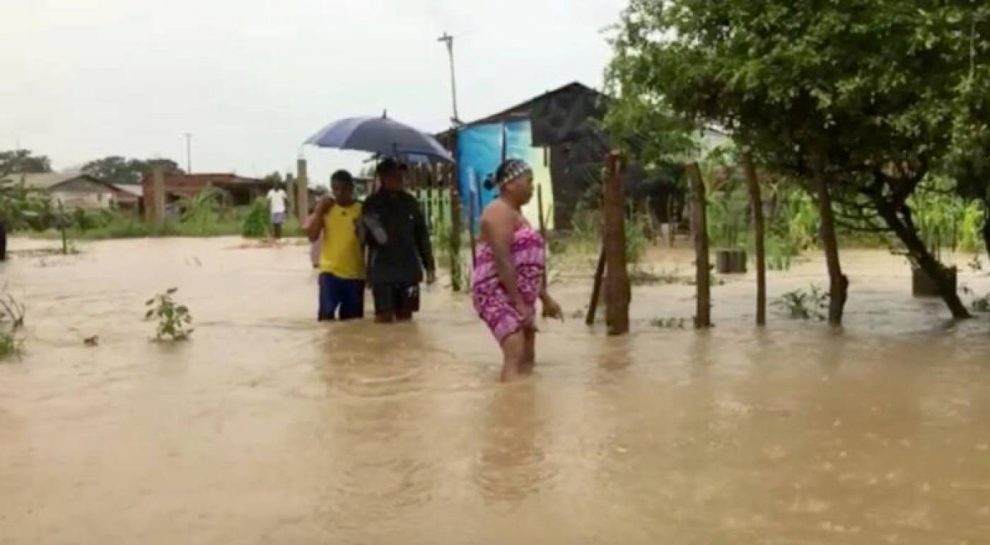 BOGOTA: In Colombia’s tourist hotspot of Cartagena, the cobbled streets and colonial squares have been deserted for months as the pandemic kept tourists away, only to be recently submerged by floodwaters when Hurricane Iota pummeled the Caribbean.

Back-to-back hurricanes Eta and Iota, which battered parts of Colombia, Central America and Mexico in November, have made limiting the damage from future storms more urgent, said the city’s mayor.

“What we must do is prepare for when they (hurricanes) come so we don’t have all this flooding, and in a city with so much poverty, that’s quite the challenge,” William Dau told the Thomson Reuters Foundation in an interview.

With top-strength Hurricane Iota, about 70% of Cartagena was flooded, with the northern port city’s poorest communities bearing the brunt, said Dau.

Cartagena’s slum areas, home to Colombians displaced by the conflict and poor families, are most at risk of floods and landslides caused by torrential rains.

“When the water level rises, these are the first neighborhoods that are affected. Unfortunately it’s the most impoverished parts of the city,” Dau said.

“A lot of people still run the risk the next time we get flooded. This is something that has accumulated over decades. We can’t fix it overnight,” said Dau, who took office in January.

About 35,000 families live in informal settlements built in high-risk flood areas and city hall is constructing 3,000 new homes to re-house people, he said.

Running through the city of nearly 1 million residents are miles of drainage canals clogged with rubbish – from discarded furniture to plastic waste – that make flooding worse as rainwater run-off is blocked and overflows, Dau said.

A big infrastructure project to clean and upgrade Cartagena’s drainage system has been in the works since 2011 but failed to get off the ground because of rampant corruption and mismanagement of funds by previous mayors, Dau said.

“None of (them) have done anything about it so we are going to… start work on the most critical spots,” he added.

Building infrastructure to withstand more severe weather is one way to reduce the destruction storms can bring.

Dau has called in support from the Netherlands, regarded as a world leader in flood protection, to advise on coastal defense projects and evaluate all existing “water-related plans”.

Building a series of stone breakwaters along the shoreline to help reduce wave energy during storm surges is also part of the city’s planned coastal protection measures, Dau said.

Restoring mangrove swamps that act as buffers against the sea is another priority, which can create jobs as planting mangroves is “labour-intensive”, he added.

“We need to have people stop cutting down the mangroves and filling in the land with housing,” Dau said.

Cartagena, like many Colombian cities, has included climate-change adaptation projects in its urban planning for years – but corruption meant they remained largely on paper, Dau said.

“Plans were never executed and where plans started to be executed, the money would just evaporate,” he added.

Dau, who calls himself an “anti-corruption activist”, won the mayoral election last year as a political outsider, promising to rid city hall of graft.

Corruption has stymied Cartagena’s development, he said, including efforts to protect residents from climate change and tackle high rates of poverty in a city where seven in every 10 people hold informal jobs.

With 11 mayors in the previous eight years, political instability was an obstacle to getting things done, he said.

“Now that we have political stability, I trust that we will be able to start solving all these issues,” he said.

In recent years, several Cartagena mayors and city hall officials have been investigated by state prosecutors for corruption, misuse of public funds and nepotism, suspended from their posts and sent to jail.

To address the issue, Dau has set up an anonymous email hotline allowing members of the public to report cases of corruption.

In July, hundreds of thousands of citizens tuned into three Facebook sessions held by Dau, who spoke about cases he said his administration had uncovered where public funds had been siphoned off during previous administrations.

Dau plans to establish an international fund for the city by next year, aiming to raise about $1 billion through loans and bonds for climate-resilient infrastructure and development projects.

A lawyer and former executive with investment firm Blackstone Group, Dau hopes to use his knowledge of the corporate world to attract private-sector money for climate resilience projects in the city.

That could involve companies offsetting their planet-warming emissions by buying carbon credits generated from mangrove restoration projects in Cartagena.

The idea has caught on elsewhere along Colombia’s Caribbean coast in Cispata Bay, where in 2018 tech giant Apple invested in community-led work to protect a 27,000-acre mangrove forest.