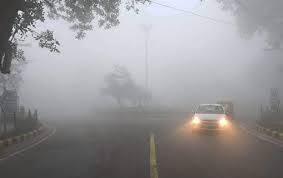 Cold wave conditions intensify in northern parts of country after the fresh snowfall in the higher reaches of Jammu and Kashmir, Himachal Pradesh and Uttarakhand.

In Uttarakhand, normal life has been affected in remote places at high altitude areas of the state. Meanwhile, tourists’ rush was witnessed in Mussoorie, Dhanaulty, Nainital and other places at year end. District administrations have made special arrangements in this regard. The Met department forecast that cold wave condition is likely to prevail at various places in the state.

In Rajasthan cold wave conditions prevailed in most parts of the state for the last two consecutive days. The minimum temperature was recorded in minus in five cities of the state yesterday.

Our Jaipur correspondent reports that Mount Abu recorded the biggest drop of the season, where minimum temperature reached to minus 4 degree Celsius. The minimum temperature recorded below freezing point in Fatehpur, Jobner, Sikar and Churu cities. At the same time, the day temperature has also dropped. Sri Ganganagar recorded a minus of 13.5 degrees Celsius.  The Met Department has today issued an for intense cold wave and dense fog in Bhilwara, Chittorgarh, Jhunjhunu, Sikar, Bikaner, Churu Hanumangarh, and Sriganganagar districts. Apart from this, cold wave and cold day are expected in many other districts of the state.

CBI registers case on a Faridabad based private company and others for causing an alleged loss of over Rs.236 crore rupees to Indian Overseas Bank
Dr Harsh Vardhan releases report – Action Agenda for an Atma Nirbhar Bharat prepared by TIFAC
Comment