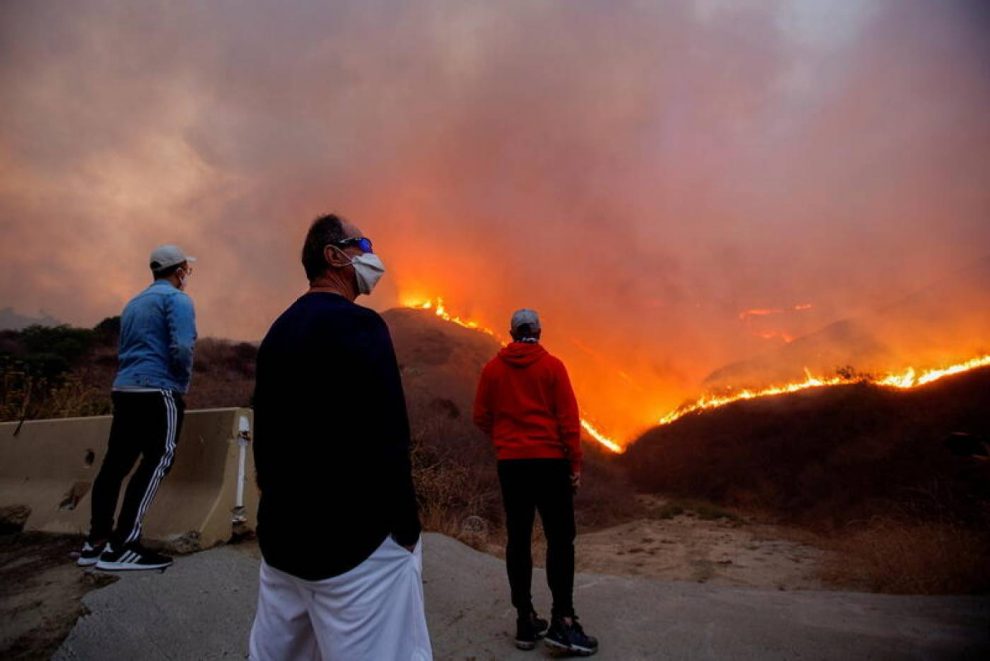 BARCELONA: Under huge pressure from COVID-19, climate change and natural destruction, warning lights for the planet and societies are “flashing red” – and now is the time to choose a safer, fairer path for human development, the United Nations said on Tuesday.

“We are at an unprecedented moment in the history of humankind and in the history of our planet,” it said in a report, urging efforts by governments, business and citizens to pursue a new kind of progress that protects the environment.

“The COVID-19 pandemic is the latest harrowing consequence of imbalances writ large,” said the Human Development Report 2020, adding that the health catastrophe comes on top of pre-existing crises of global warming, species loss and inequality.

The report, which for the first time used a new global index factoring in environmental indicators, concluded that no country had yet been able to achieve a very high level of development without putting strain on natural resources.

“Many countries have achieved a great deal of progress but they also have done so at the expense of great damage to the planet,” said Achim Steiner, head of the United Nations Development Programme (UNDP), which produces the report.

Over the past three decades, the Human Development Index has ranked nations each year according to health, education and standards of living.

But this year, the new version draws on two additional elements: a country’s per capita carbon dioxide emissions and material footprint, which measures the amount of things like fossil fuels and metal used to make the goods and services it consumes.

The results paint “a less rosy but clearer assessment of human progress”, the UNDP said.

More than 50 countries dropped out of the very high human development group as measured by the new index, reflecting their large impacts on the climate and nature.

They include, for example, small nations such as Singapore and Luxembourg, with high levels of trade, movement and fossil-fuel energy, as well as oil and gas-rich Gulf states.

Australia fell 72 places in the ranking of about 190 nations, while the United States lost 45 places and Canada 40.

Some countries, such as Costa Rica, Moldova, Mexico, Colombia and Panama, moved up by more than 20 places, reflecting how lighter pressure on the planet is possible, said the UNDP.

Costa Rica, for example, has largely decarbonised its energy production and has reversed deforestation.

The position of poorer countries was largely unchanged, as they tend to have a smaller carbon and material footprint.

Steiner said the new index – which will be refined in the coming years – was not intended as “a judgement” but rather to show that “being rich is not the singular way in which to determine whether you’re a successful and future-ready economy”.

As the COVID-19 crisis lays bare the massive vulnerabilities and risks baked into the foundations of human progress, especially in recent decades, the aim is to help countries make “smarter choices for recovery” from the pandemic, he added.

“We have more capacity to do things differently and better than ever before in human history – and that is the liberating part,” he told the Thomson Reuters Foundation, pointing to huge advances in technology as a key example.

NOT ‘PEOPLE OR TREES’

The report noted new estimates that by 2100 the poorest nations could experience up to 100 more days of extreme weather each year as the planet warms – but that could be cut in half if the Paris Agreement on climate change is fully implemented.

The report explored solutions that could help heal and improve the planet and its people – from ending subsidies for polluting oil, gas and coal, to restoring forests, mangroves and reefs, cutting food waste and keeping soils in good condition.

“The next frontier for human development is not about choosing between people or trees – it’s about recognising, today, that human progress driven by unequal, carbon-intensive growth has run its course,” said Pedro Conceição, the director of the report.

Steiner said growing activism on climate change among young people showed their desire for a cleaner, more equal future – and the economic and social benefits of that were becoming clearer in terms of job creation and greater resilience.

In recovering from the COVID-19 pandemic, “the danger clearly is that we will just scramble back to where we were before the year 2020”, he warned, urging better decision-making in response to a “profound sense of discomfort and distress” felt by many worldwide.

Victor Galaz, deputy director of the Stockholm Resilience Centre – which advised on including human impacts on the natural world in the report – said what may seem like a small step for U.N. economists was in fact “a giant leap for humanity”.

The world had been late to grasp the need to develop in a planet-friendly way, he added.

But with climate change fuelling wildfires and extreme weather from the United States to Australia, planetary heating was already affecting all countries – and wealthy governments now understood that, he said.

Their weaker performance in the new index “sends a very strong message that you cannot advance human development in this new context if you ignore the planetary pressures that you are creating for others”, he told the Thomson Reuters Foundation.