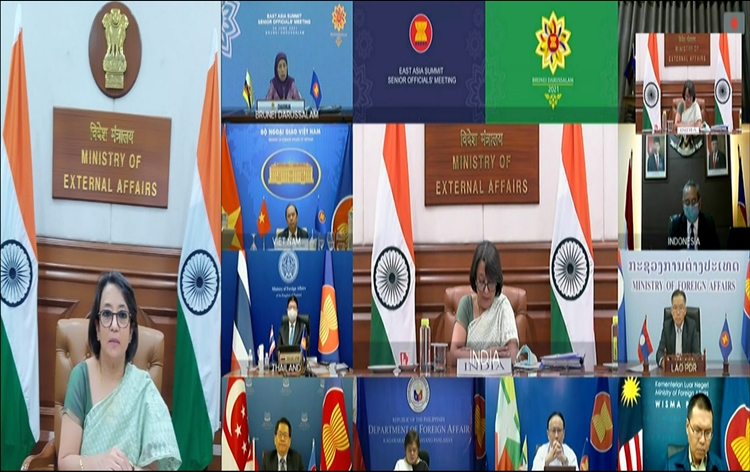 During the meeting, Ms. Das underlined India’s interest in maintaining peace and stability, freedom of navigation and overflight in the South China Sea in keeping with international law. She also conveyed that the Code of Conduct, being negotiated, should not prejudice the legitimate interests of third parties and should be fully consistent with the United Nations Convention on the Law of the Sea.

On developments in Myanmar, she expressed India’s support for the ASEAN process. She conveyed that as a friend and close neighbour of Myanmar, India will continue to play a constructive and meaningful role in resolving the current situation there. She also put forward India’s stand on terrorism among other issues.

In the meeting, Senior Officials exchanged views on the current regional and international developments including the COVID-19 pandemic and post-pandemic recovery, South China Sea, Korean peninsula, developments in Myanmar and terrorism. The Meeting also reviewed the status of commitments made by participating countries under the East Asia Summit framework and the progress in the implementation of the Manila Plan of Action (2018-2022).