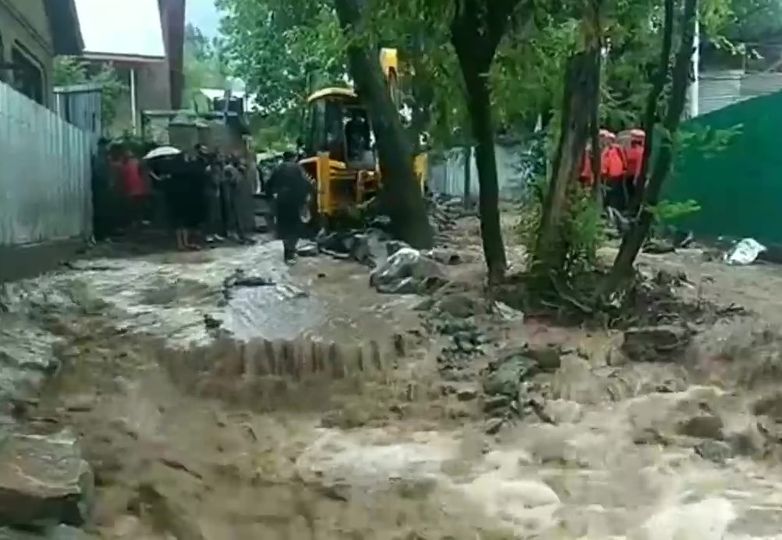 GANDERBAL: A cloudburst hit Watlar area of Lar in Central Kashmir’s Ganderbal district in wee hours on Monday, triggering flash floods, which caused damage to several residential houses and many inner roads in the area.

An official told that flash floods triggered by a cloudburst lashed several residential houses and roads in Watlar village, causing significant damage. The official said that, however, there was no report of any loss of life in the incident.

He said that due to the cloudburst flow of water increased in Charnari Nallah, which caused damage to a nearby residential area.

The official said that rescue teams were immediately pressed into service to restore road connectivity to the area.

Meanwhile, a revenue official said that they have sent teams to the area, ascertain the details of damage caused by flash floods.

He, however, said that the situation was under control as of now, while there was no loss of life reported in the incident—(KNO)