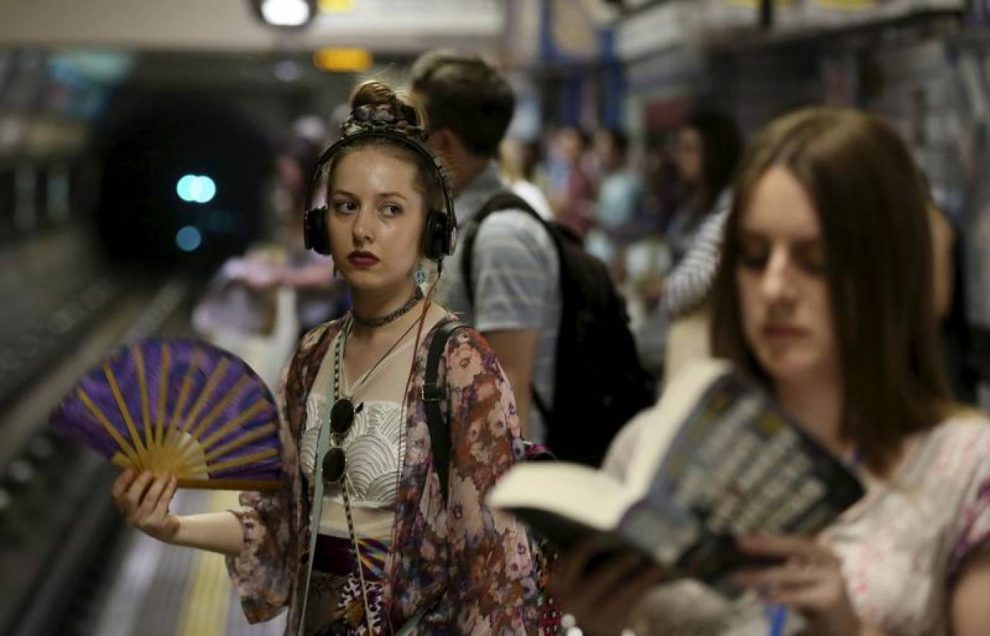 LONDON: Rising temperatures pose a threat to the health of almost 12 million Britons, with the elderly and those with conditions such as diabetes and heart disease most at risk, a coalition of researchers and campaign groups said on Friday.

Last year was Britain’s third-hottest on record, causing some 2,500 heat-related deaths – a number that could double by the 2050s unless action is taken, said a report by The Climate Coalition and the Priestley International Centre for Climate.

Failure to act swiftly on climate change “will spell disaster not only for our natural world, but for public health”, said Clara Goldsmith, campaigns director at The Climate Coalition, which includes more than 140 organisations.

“We need to make the switch to a net-zero economy as soon as possible to make sure that the risks we’re seeing now don’t increase over the years and decades to come,” she told the Thomson Reuters Foundation.

Britain faces a particular health risk from heatwaves due to its large elderly and vulnerable population, said the report, noting that heat-related deaths among the over-65s had risen 21% between 2004 and 2018.

The report said flooding related to extreme weather was an increasing risk for mental health, citing research that found one in three people reported having post-traumatic stress disorder (PTSD) after their homes flooded.

But climate change adaptation could also reap major health benefits, from reducing the number of early deaths by encouraging more active means of transport such as cycling to improving air quality by fostering renewable energy sources.

“Our mental and physical health are clearly linked to the health of the one place we all call home: our planet,” Tanya Steele, chief executive at World Wildlife Fund, a member of The Climate Coalition, said in a written statement.

“To show true global leadership at this year’s climate summit, the UK government must take more ambitious steps to reach our net-zero targets,” she said, referring to upcoming U.N. climate talks in Glasgow later this year.

Britain was the first G7 country to set in law a net-zero emissions target by 2050, and in December said it would commit to a more ambitious 2030 emissions cut as the government sought to show climate leadership ahead of hosting the summit.